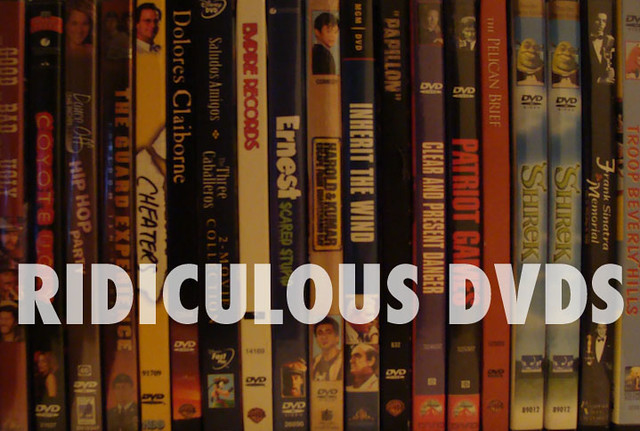 Were you to walk into the living room of my apartment, it’s likely that one of the first things to draw your eye would be the massive, seven-foot-tall DVD shelf.  I’ve always been vaguely uncomfortable with it.  Having that many DVDs on display and out in the open like that has always seemed a bit tacky.  Besides, as we all get more comfortable with digital media and hard copies of things become sort of unnecessary, having as large of a DVD library as my wife and I do is almost embarrassing.

Were you to actually approach the shelf, however, things would really start to get embarrassing for me.  Impulse purchases and rash decisions abound.  There is nearly as much chaff as there is wheat.  Both my wife Johanna and I own movies that not only are we not likely to watch again, we didn’t even really like them the first time.

Below is a list of sixteen that struck me as particularly ridiculous.  These aren’t necessarily the worst movies we own; a couple of these are actually pretty good.  But, for one reason or another, none of these films deserves a place in our DVD collection.  Most of them don’t belong in the DVD library of anyone who wasn’t directly involved in their production. 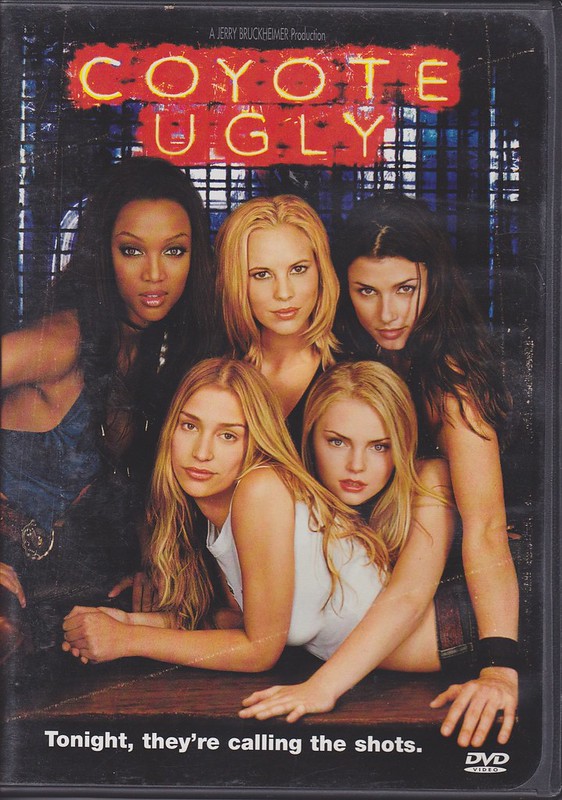 I almost cut this out of the list so that I would have an even fifteen.  I mean, even without having seen this I know that it’s a terrible movie.  But if being terrible were the only consideration, this would be a much longer list; inclusion here requires a DVD to be particularly useless.  Johanna expressed surprise, however, when I went to put it back on the shelf, saying that this was the movie she was most embarrassed to own.  That was enough to re-earn it a spot. 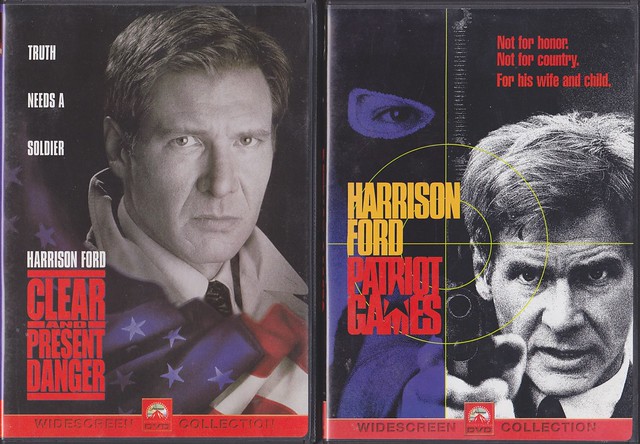 OK, so these aren’t terrible movies.  I mean, as far as action movies go, they’re a little bit quaint by today’s standards, but that’s still Harrison Ford and not Steven Seagal on the cover there.  But the question remains, what would possibly compel me to buy one of these on DVD, let alone BOTH?  And I can guarantee that these were separate purchases and not some discount two-pack.  I decided, on two individual occasions, that I needed to purchase a Jack Ryan movie on DVD.  And, both times, Harrison Ford’s Jack Ryan.  Not Alec Baldwin’s Jack Ryan.  Not Ben Affleck’s Jack Ryan.  What was my motivation?  I’ve never even read a Tom Clancy novel! 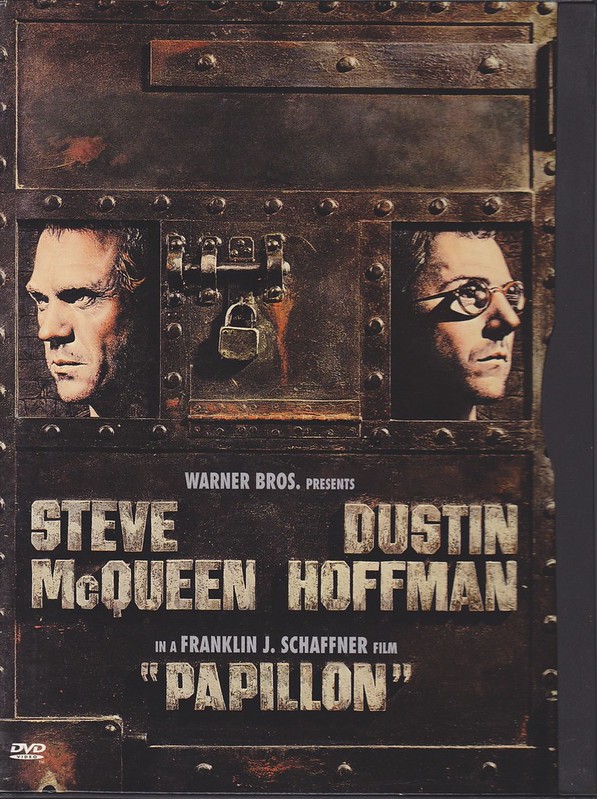 Actually, the more I think about it, the more I’m glad we have this.  How many copies of this can their even be in circulation?  I’m guessing no more than 500.  I now consider myself a part of a very exclusive Papillon club. 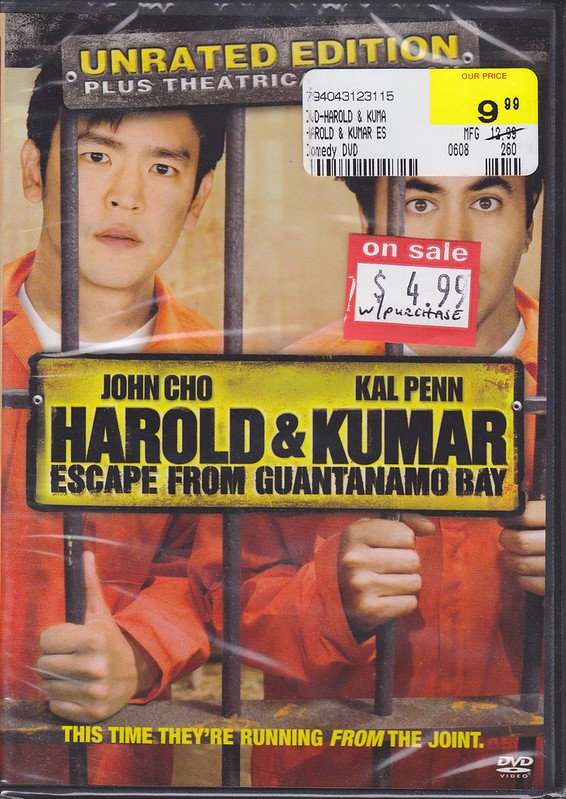 I’ve never seen this movie, as evidenced by the fact that the DVD is still in its original plastic.  I’m sure I would like it just fine, though.  The original was pretty fun.  But up there in the introduction to this list, where I mention impulse purchases?  Yeah, here we are; this is pretty much literally an impulse buy.  I picked it up at the register in F.Y.E. in the Loop in Chicago.  My wife and I were on our Honeymoon and had a hotel room that was nice enough to have a DVD player, so we popped in to buy something to watch, decided on Human Giant, and then somehow I was convinced to buy this as well. 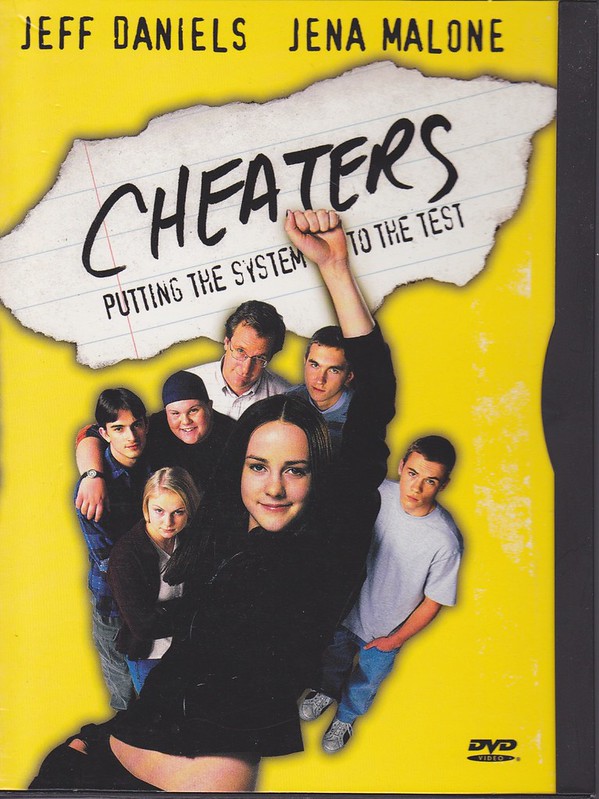 By no means am I opposed to owning HBO original movies on DVD.  This is actually one of three that I own, along with The Late Shift and Truman.  But I could sit here all night and not come up with a valid reason for actually owning a copy of this one in particular.  At least it serves to remind me of the existence of Jena Malone.  What’s she up to?

Wait, I just thought of a second reason to own this.  It serves as a great artifact from the early days of DVDs.  Look at the back cover: 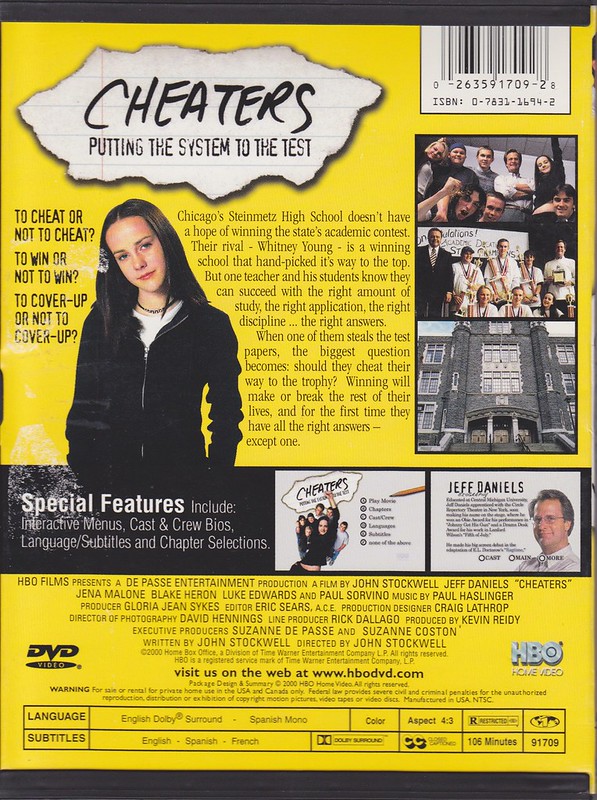 SPECIAL FEATURES INCLUDE INTERACTIVE MENUS!!!  They’re advertising the DVD menu as a selling point.  Apparently this is something people used to do.  Here’s the back cover of The Good, the Bad, and the Ugly: 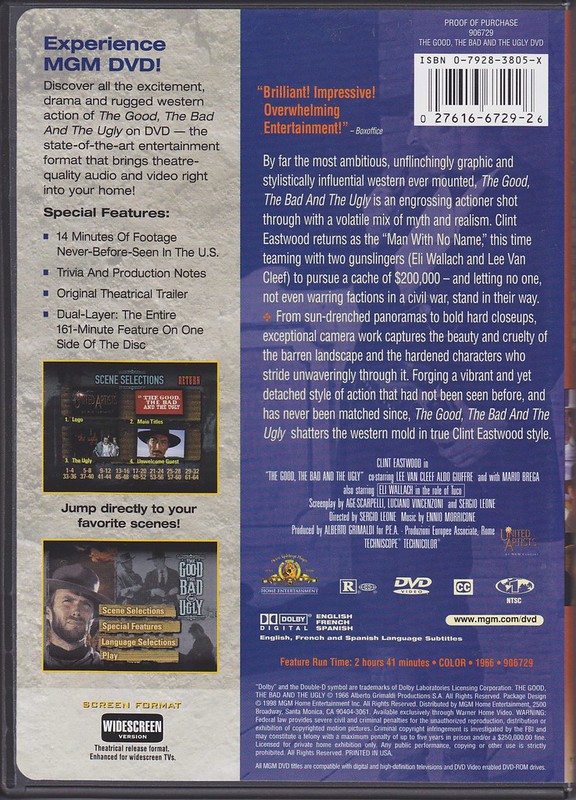 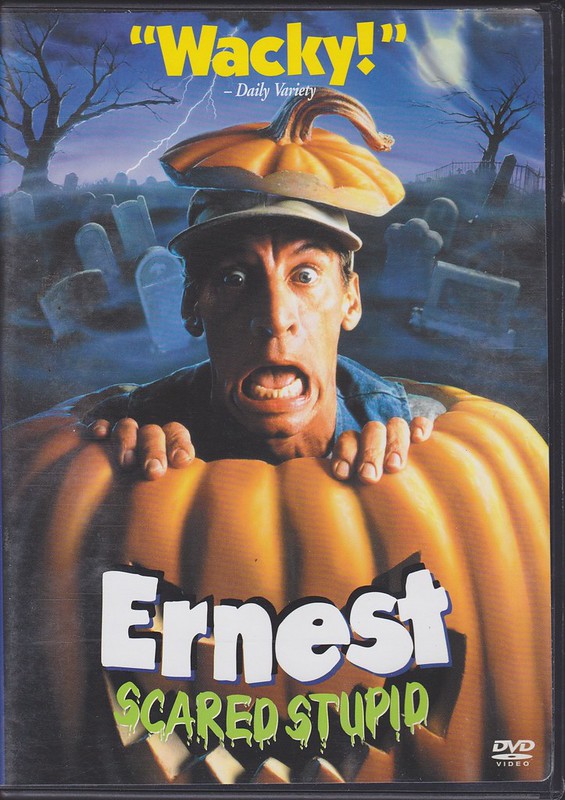 So, if I just owned this, like, to OWN it, it would be top five, for sure.  But this was purchased for me by my friend Jason as a gag gift, relating somehow to a joke I don’t even remember.  Still, it’s 2011 and I own an “Ernest” movie on DVD, so I have to include it.  Any movie with the pull quote “Wacky!” on the front of the box pretty much demands inclusion.

Actually, you know what?  I just looked at the back cover, and I guarantee I would still laugh out loud during the scene when Ernest is in drag and wearing a neck brace, regardless of what else is going on.  Check this out: 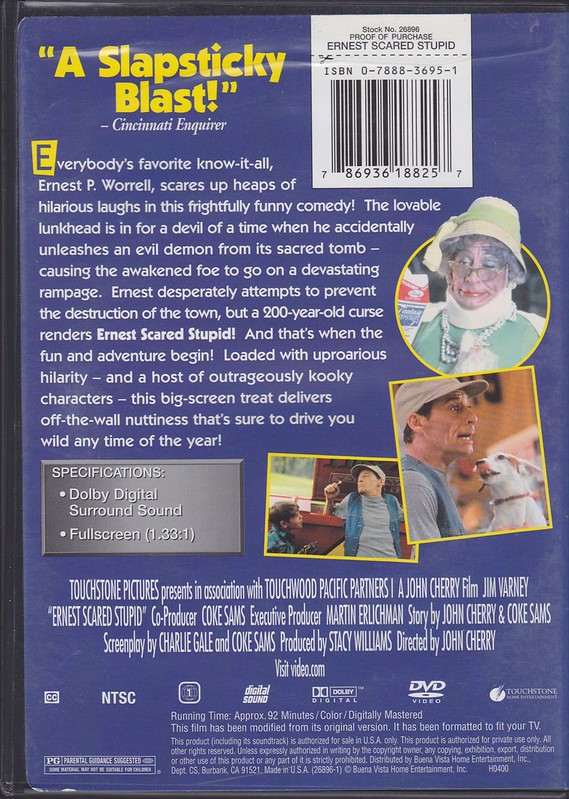 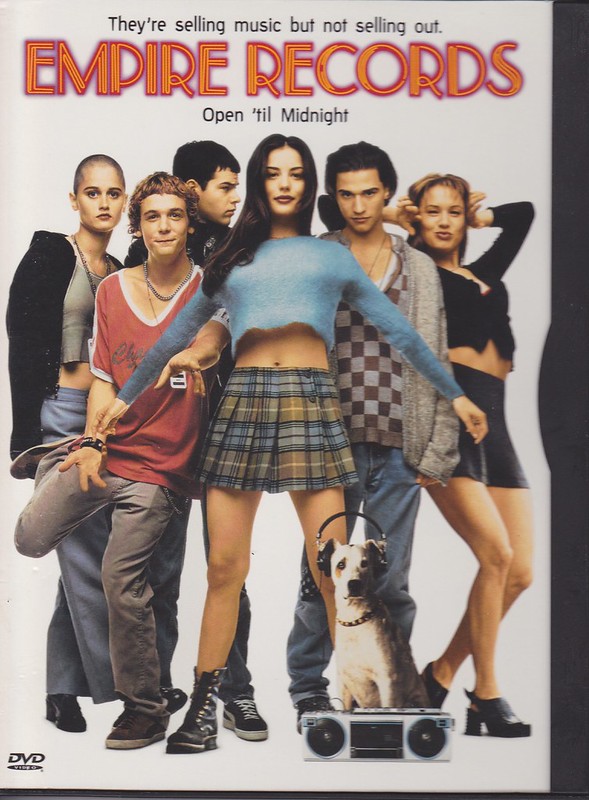 I wouldn’t even mind owning this on VHS.  That makes sense to me.  But we’ve all been too old and too smart during the DVD era to purchase this.  I don’t care if you found it in the bargain bin.  I don’t care if it reminds you of middle school.  No excuses. 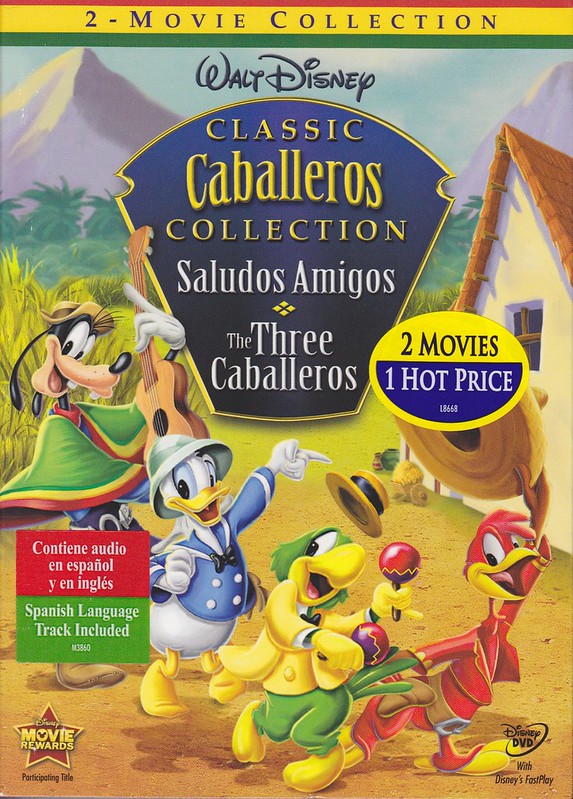 There’s a reason I got these 2 movies for 1 hot price.  That reason is: no one should own either of them on DVD.  I’m pretty sure the sole purpose of these movies was to encourage tourists to travel to South America, and here we are, almost seventy years later, and I’ve never been south of Cancun but for some reason I still own them.  Just one more example of my Disney animation fanboyism prompting a ridiculous purchase. 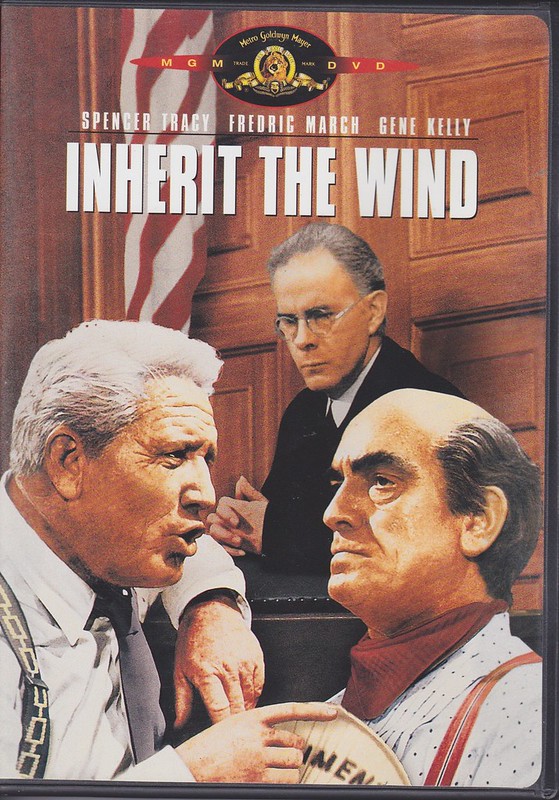 This is actually a really, really good dramatization of the Scopes Monkey Trial, and a movie well worth watching, but I’m confused as to what motivated me to purchase it on DVD.  I’m 99% sure I had never seen it before, so it’s not like it was a childhood favorite of mine or something, and owning this on DVD is like owning a box set of The Philco Television Playhouse.  Having this in my collection makes me feel like one of those people that drives around listening to episodes of Fibber McGee & Molly from 1941 on CD. 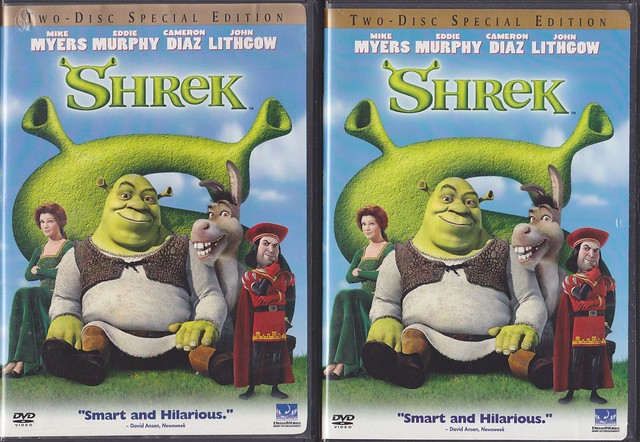 As I said before, however, being terrible is not enough to make this list.  The real problem here is that both my wife and I feel the same disdainful way about Shrek and somehow we both own a copy of it.  I blame mothers and Christmas stockings.

I’m literally, this very minute, going to go and cancel my subscription to Newsweek, solely based on that fact that according to this DVD cover someone who wrote for it ten years ago said this movie was “Smart and Hilarious.” 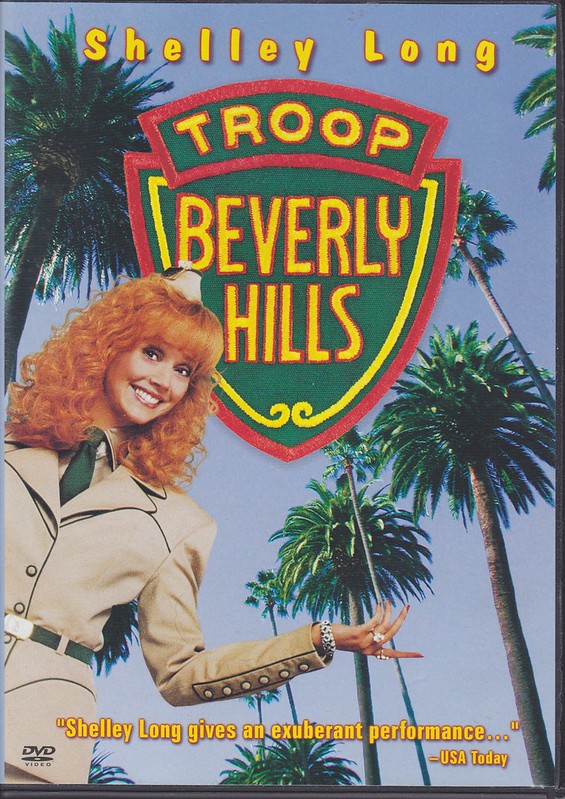 OK, the blame for this one lies squarely with my wife.  Trust me, I liked Shelley Long when I was seven as much as the next guy.  You should have seen me watching The Money Pit!  I laughed and laughed and laughed!  But I don’t think I even owned it on VHS, and I certainly didn’t get in line IN THE 21st CENTURY and purchase it on DVD.  And this isn’t even The Money Pit; at least that movie has Tom Hanks in it.  The male lead in this movie is Craig T. Nelson.  PRE-COACH Craig T. Nelson!

Also, can someone ask USA Today if an “exuberant performance” is the same thing as a good performance?  Because I’m pretty sure it’s not.  Something tells me that the “…” in that quote is hiding something.  Sometimes an ellipses is worth a thousand words. 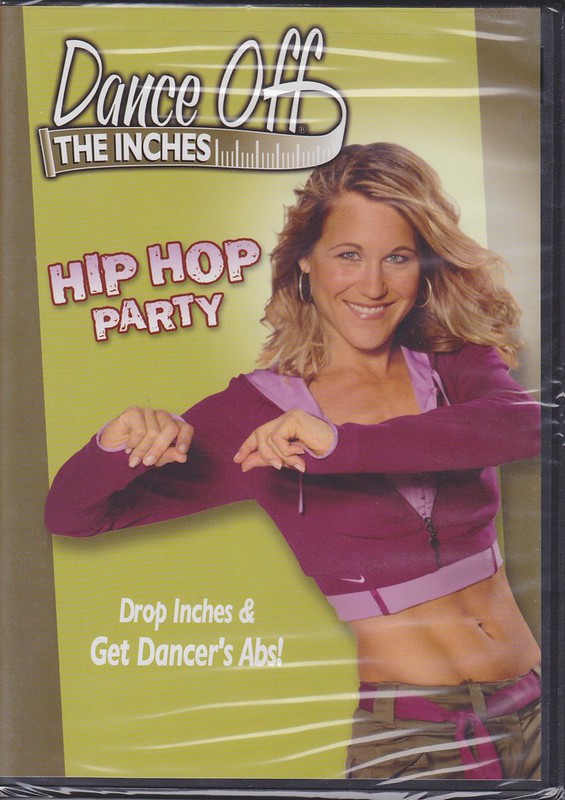 Here’s another one that belongs to the wife.  Don’t get me wrong; I would never judge anyone for attempting to craft a fitness routine around a DVD.  Whatever works for you works for you.  Two things about this DVD earned it a spot on the list, though.  First of all, it was never even opened. 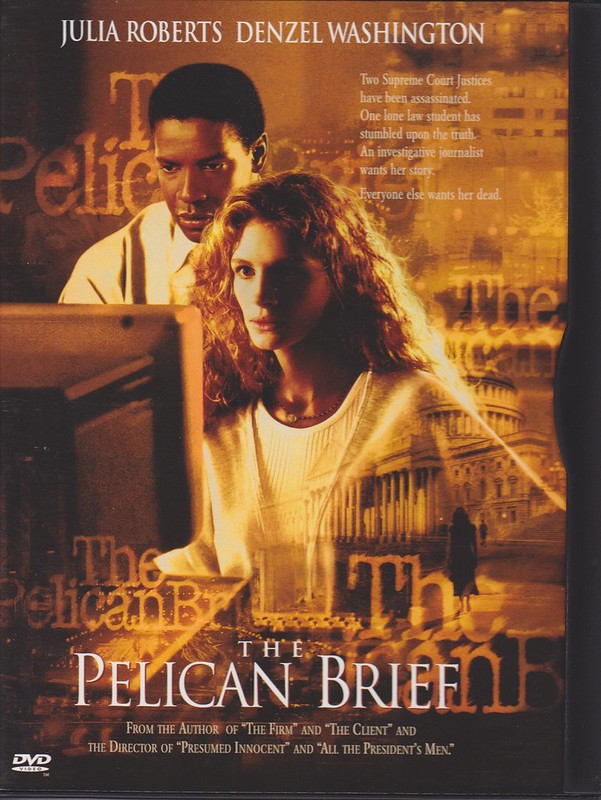 OK, so according to Wikipedia, eight John Grisham books have been made into movies.  None of them, and I say this unequivocally, is worth owning on DVD.  And of those eight, this is maybe the fifth best.  This is not The Firm.  It’s not The Client.  This is more along the lines of The Runaway Jury or The Chamber.  The only movie based on John Grisham source material that I can say this is definitively better than is A Painted House, and that’s only because that was made into a CBS TV movie, and I’m not even sure it actually exists. 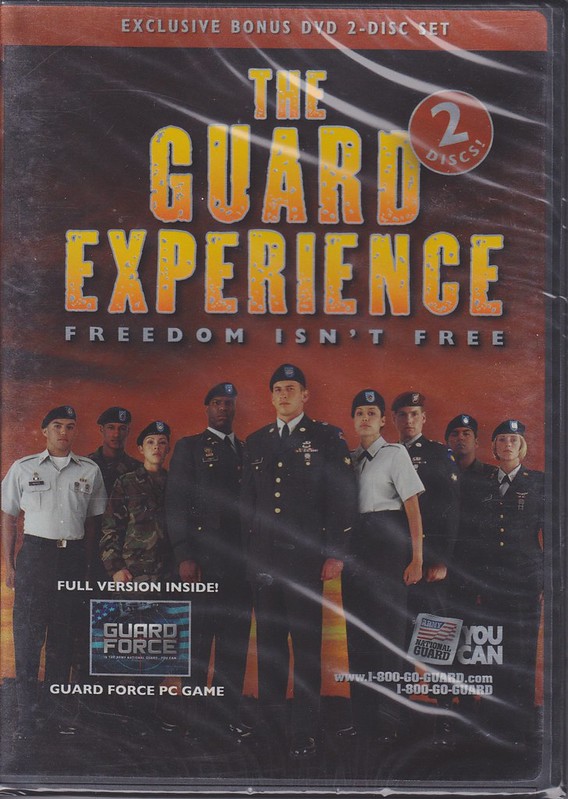 People used to be really serious about getting me to join the military!  When I was getting ready to graduate high school there was a guy who would call me every few days to try to recruit me to one branch or another, and every time I would tell him that I had been accepted to college and had all my ducks in a row, future-wise, he would laugh and tell me he’d talk to me soon.  I ignored him and went off to college, but a couple of years later they tracked me down again and I got this National Guard recruitment DVD in the mail. 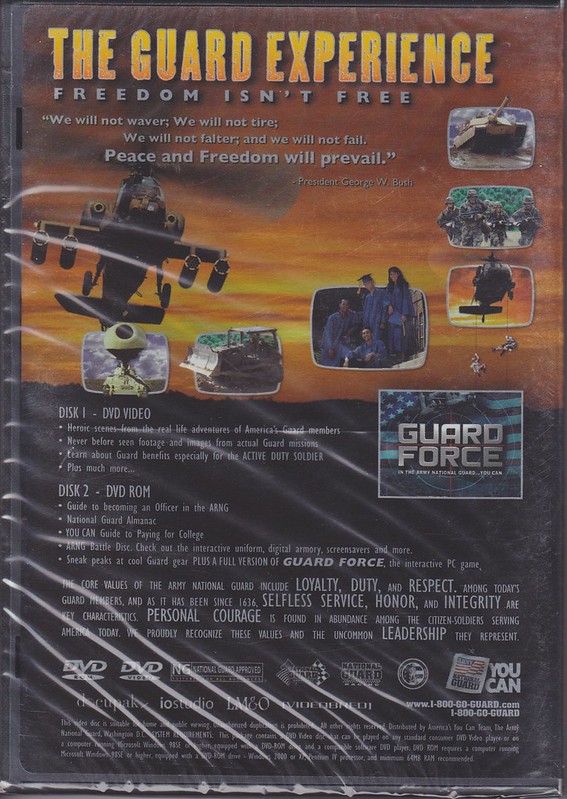 My issue is not with the military or the National Guard or the people who produced this DVD or anything like that.  My point is that I’m in my late-twenties, with prematurely creaky knees, and I’m an unlikely candidate for military service.  And yet I’m still boxing this unopened DVD up and bringing it along on every interstate move I make like I’m a child of the depression who is afraid to throw away anything I could possibly use in the future.  I’m like two big mistakes and ten years away from being on Hoarders.

OK, wait, Dolores Claiborne…Stephen King, right?  Is this the one with the possessed car?  Hold on, let me go to Wikipedia. 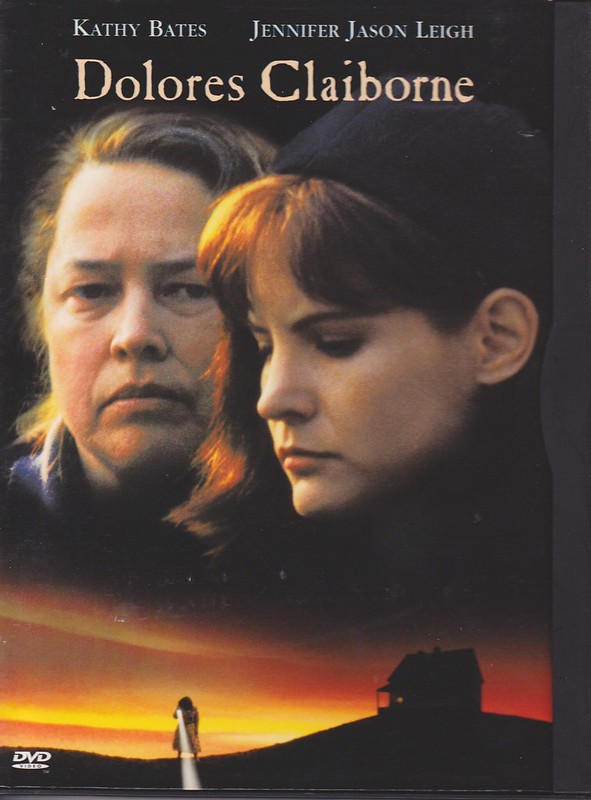 No, wait, this one features a murderous Kathy Bates and has Jennifer Jason Leigh as her distrustful daughter who might have been molested by her father or something?  Some sort of mother/daughter relationship stuff, with a smidge of murder mixed in because STEPHEN KING.  I think we only have this one because my wife’s mother gave it to her, so I guess that makes sense?  I’m not sure.  Basically, I’m 100% sure that this movie should never have been made and I’m 200% sure that we shouldn’t own it on DVD.

Let me just say, in case you’re wondering, you are reading the words of a man who has never once in his life even sampled hard drugs, and yet somehow I have this in my DVD collection. 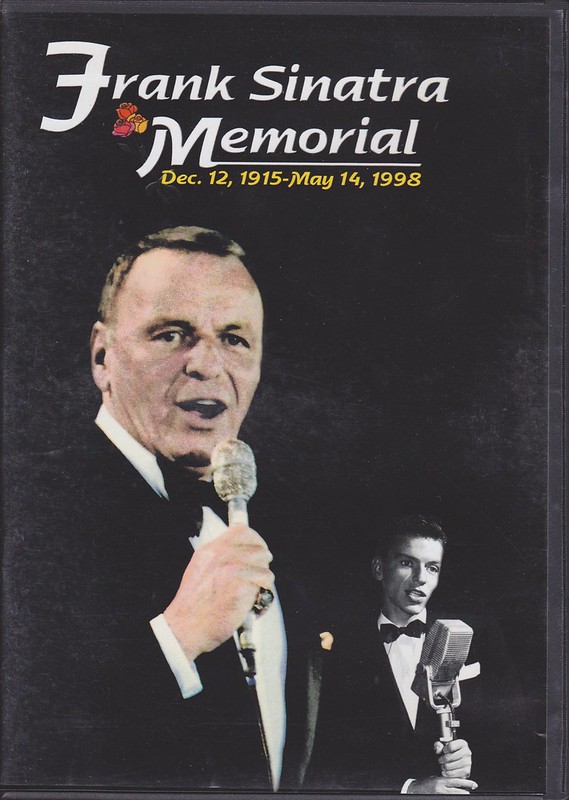 A Frank Sinatra Memorial?  Wait.  Hold on, hold on.  Slow your roll.  I don’t even like Frank Sinatra.  I mean, I like a Frank Sinatra song every now and then.  I enjoy a Rat Pack CD around the holidays, and nothing beats “My Kind of Town” when I’m feeling nostalgic for Chicago.  But I’m not some guy in a bowling shirt with a receding hairline or something.  Sinatra was practically dead by the time I had first listened to him.  What prompted me to buy this?  Give me a second to peruse the back cover of this DVD and see if that provides any clues. 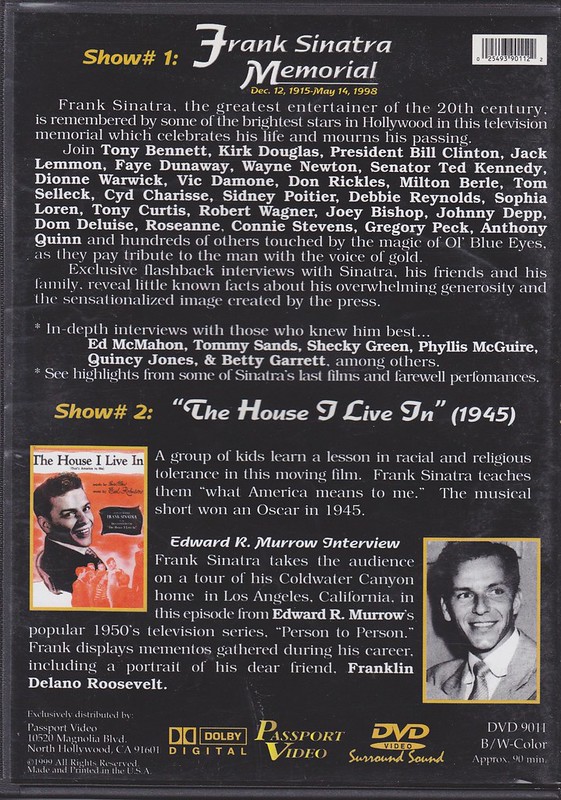 Nope.  I mean, the presence of Johnny Depp and Roseanne is certainly intriguing, but that can’t have been enough to motivate me.  I remember buying it, on sale, in the meager DVD section of Walgreen’s in Hyde Park, Chicago. 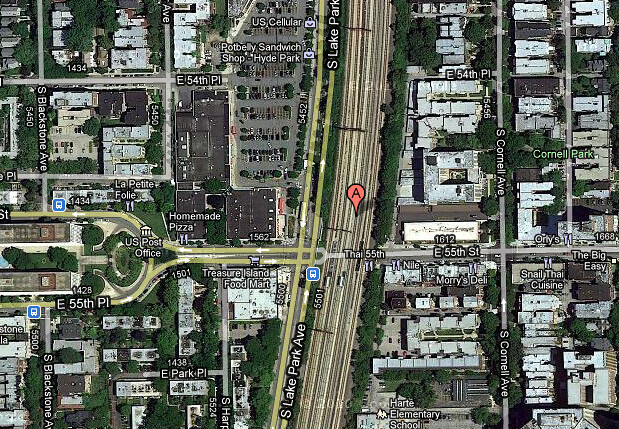 All I can figure is that I was young, and stranded on the South Side of Chicago, and these are the types of decisions I was making.  I don’t regret it, but I’m not proud of it.  And I doubt there was anything else worth spending my $7.99 on in that Walgreen’s.  When it comes to my DVDs, and regrets, I’ve had a few, but then again, too few to mention.