And I’m sure it will be really, really fun.  I’m excited to see all the different ways game designers use the technology.  But the other day I was showing some of these videos to my wife, and I could tell we were both thinking the exact same thing.  In addition to being really, really fun, this is going to really, really embarrassing.

END_OF_DOCUMENT_TOKEN_TO_BE_REPLACED

Music Video Monday is back!  You can all finally stop clamoring and begging and threatening suicide and everything.  Sorry, I had a busy summer.  Speaking of which…

This is a perfect summertime song!  Where was this song all summer?!

This is one of the catchiest songs I’ve heard in a long time, which is unfortunate, because I’m obviously going to sing it out loud in an inappropriate situation at some point.  Like when my sister was gardening and loudly singing the Lily Allen song of the same name.

I purchased this album based solely on the fact that I heard it was produced by one of the guys from Grizzly Bear.  That’s really embarrassing, right?  It turned out to be a great move, though.

END_OF_DOCUMENT_TOKEN_TO_BE_REPLACED

I didn’t watch a whole lot of Sesame Street growing up, so for all I know, it’s always been this weird.  But I keep stumbling on these strange videos from the show.

First came the Katy Perry collaboration, which, while still available online, was pulled out of the television episode in which it was supposed to appear.

I mean, I know they’ve done stuff like this before (I fondly recall Feist’s appearance from a couple of years ago), but Katy Perry seems like an odd choice.  Don’t get me wrong; I’m a fan of hers, and I don’t really think there is anything wrong with this.  But as soon as I saw her outfit and thought for a second about the unaltered lyrics of her honestly-not-Sesame-Street-appropriate songs I knew that people would be up in arms about it.  Don’t the good folks over at the Children’s Television Workshop know how much people love to have fits of hyperventilation about stuff like this?

Then today I saw their parody of True Blood.  It’s more benign than the Katy Perry performance, I guess, although I’m sure people can find something in it to complain about (vague vampire references = sacrilegious?).  I was more just baffled by it.

I mean, I guess ostensibly we’re learning about rhyming?  Is that the point?  All I really took away from it was that grouches like mud.  I know they know more about education than I ever will, but it seems like we might be worrying too much about entertaining the adults watching along with their children here.

[via Best Week Ever]

Hey, if anyone knows how I can get a job in London with smart, attractive, interesting people making cool videos with an iPad, shoot me an email. Thanks in advance!

Seriously, I know great places near here to get lunch and everything.

So, this has been floating around the internet for the past couple of days, and I have been doing my best to avoid it, knowing how I would react.  I finally broke down and watched it today, and I don’t know what to say other than I feel a deep sense of shame after having my stomach reduced to a quivering, frightened mess by a YouTube video.

[Update: The video has disappeared.  Your stomach is relieved.]

In the least surprising news of all time, Blockbuster, Inc. is declaring bankruptcy.  As of now all of the talk is about debt restructuring and the like, but this is clearly a company at death’s door.  With Netflix and iTunes and (the still sort of mystifying to me) Redbox, we all knew this was coming for the better part of a decade, right?

END_OF_DOCUMENT_TOKEN_TO_BE_REPLACED

Oh, lawyer commercials. Initially hilarious, eventually depressing.  Like this one.

It’s not particularly relevant to me, because I don’t live in Florida. Also, my wife and I love each other.

Seeing this reminded me of a local lawyer commercial I saw recently. Now, I’ve never seen A Few Good Men. I don’t even know what it’s about, really. But learning that the real-life lawyer that Tom Cruise‘s character (the one who prompted Jack Nicholson to yell “You can’t handle the truth!”) is based on is now an ambulance chaser…well, that made me sad.

Vodpod videos no longer available.Although I’m sure that both of these gentlemen are very good at their jobs.

Excited for tomorrow’s return of The Office? Not even a little bit? Man, you guys are a tough crowd. What about after watching this video?

[Update: The video I put up from Hulu expired, like, immediately after I posted it. And I can’t figure out how to embed from NBC.com. So here is a basic link to a worse, shortened version on their website. This is what failure feels like.]

[Second Update: I finally figured out how to embed video from places other than Hulu and YouTube!  So the video is now available below.  Plus, NBC put up the full version.  It’s like a pot and pan set double bonus!]

Vodpod videos no longer available.I have to admit that it makes me feel sort of sad and out of touch when The Office parodies an internet meme that I wasn’t even aware existed. At least with the wedding dance I got the reference. 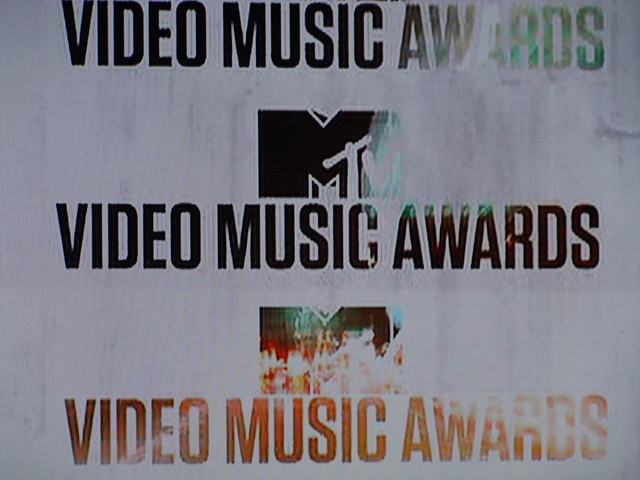 The VMAs!  I actually didn’t watch them live last year and then regretted it when I ended up spending the next afternoon catching up on the videos of the bonkers performances online and reading all about the Kanye backlash.  I was assuming that MTV and I had mostly diverged in our musical tastes and was overlooking the fact that this isn’t really about the awards, it’s about the spectacle.

Now, with the long-running award show winner-picking competition between Johanna and me, there’s absolutely no way I could miss it.  Filling out our ballots proved relatively difficult.  We both employed a strategy of spreading the awards around to as many artists as possible, because we figure the whole thing is rigged and MTV is going to want to get as many people as possible up on stage.  So, I basically just picked randomly.

Let’s roll.  Since this is the VMAs, Johanna has tried to mix us a cocktail that a young person might enjoy.  She’s combined vanilla vodka with Diet Coke, and we’re drinking it out of glasses we appropriated from our favorite bar in college, Jimmy’s Woodlawn Tap.  She initially wanted to call it the Sorority Slut, but we workshopped it and came up with the Mean Girl, which is more fittingly high school.  As always, categories and winners in bold.  Also, I unfortunately don’t have MTV in HD, so these photos look awful.  Apologies. 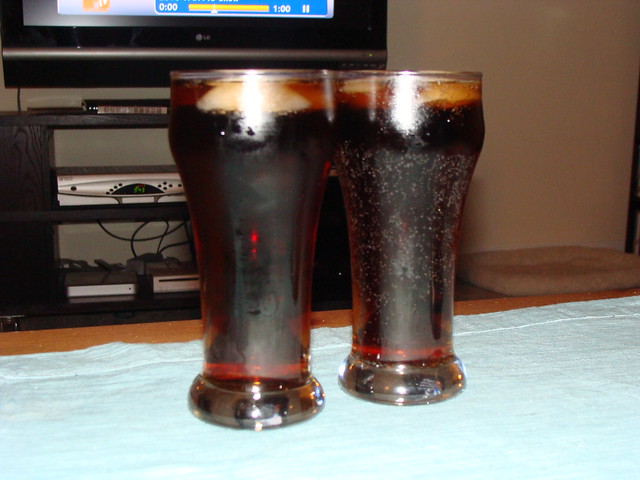 One last thing.  I’m going on record early here saying that I guarantee they have Taylor Swift “interrupt” Kanye’s performance.  It’s going to be awesome.

8:19 – I have the pre-show white carpet on in the background (yes, white carpet), and all of the sudden Sway starts giving out awards!  WTF?! 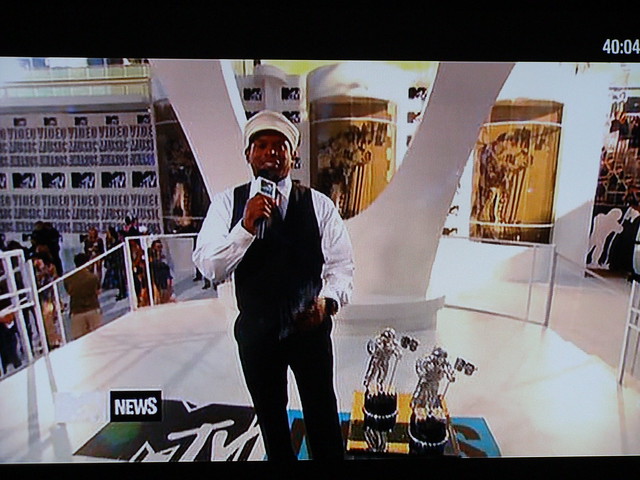