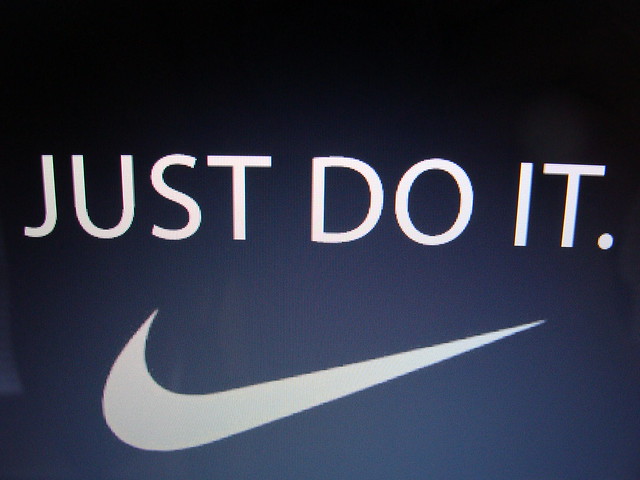 END_OF_DOCUMENT_TOKEN_TO_BE_REPLACED

The other day, in response to “Like” buttons popping up all over the internet and Facebook officially staking its claim as the future overlord of our online lives, I thought it would be fun to dig up an article from my college newspaper published immediately after the University of Chicago was brought into the then-exclusive Facebook world.  It’s funny to think about a time when we were still calling it thefacebook.com, you had to have a legitimate email address from a small group of approved schools to join, and none of us could really see much of a future for it.

That didn’t stop us from checking it obsessively, adding people as “friends” that we hadn’t spoken to in years, and following along with Zuckerberg as he added photo albums, status updates, and a news feed to our lives.  Sure, we complained about every change (one would think we would have learned to trust them), but we kept going back, and now, six years later, Facebook has passed Google as the most visited web site in the United States.

Anyway, reading that old article got me thinking about first impressions for other things in our lives that we now take for granted.  Now that all these old articles are archived, mostly for free, online, it’s easy to go back and see what we thought of these unfamiliar items and people when we first came into contact with them.  Almost all of the articles cited here are from The New York Times, mostly because its archive is so conveniently comprehensive and easy to search.  Let’s start with something that I now own six of (not all of them still functioning). 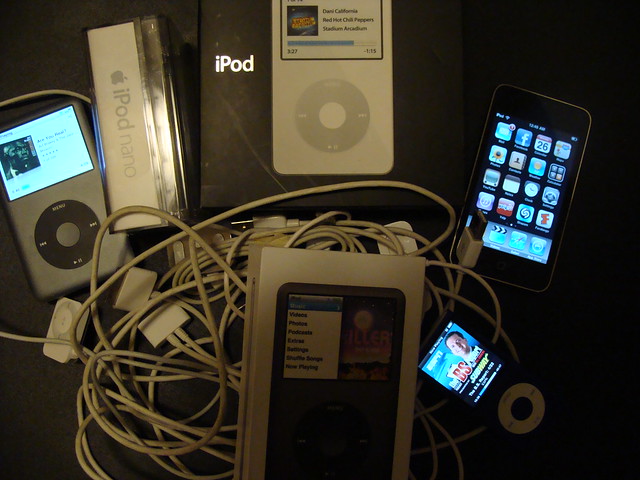 A lot of the initial press that the iPod generated seems sort of laughably understated today, but it made sense to not freak out about it when it was introduced.  It’s not like Apple invented digital music files, after all, and the Mac exclusivity at the time did severely limit the market, especially considering that a lot fewer people had Macs back then (Johanna and I are both examples of recent converts).

That said, shouldn’t we have known this was a big deal?  I mean, it was inevitable that Apple would make a PC-friendly version, right?  The closest this NYTimes article comes to speculation about that possibility is this sentence: “Apple said it had not yet decided whether to introduce a version of the music player for computers with the Windows operating system, which is used by more than 90 percent of personal computer users.”

END_OF_DOCUMENT_TOKEN_TO_BE_REPLACED 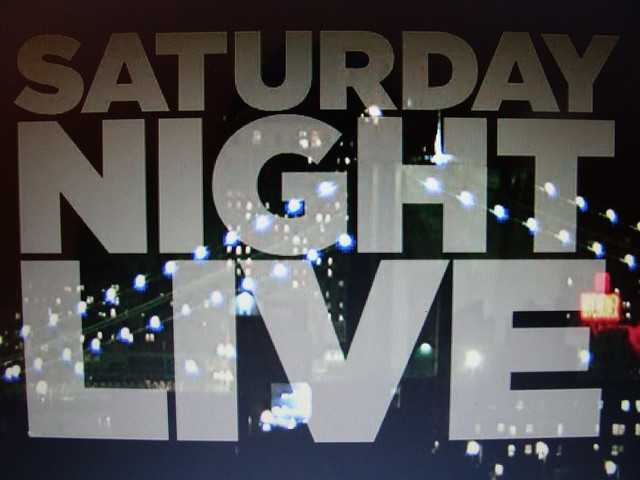 Saturday Night Live is one of my favorite shows of all time, and has become sort of a weekly touchstone for me.  During the writers’ strike of 07-08, there were other shows that were better, but SNL is probably the one I missed the most.

I’m also of the (seemingly rare) opinion that it’s better than it’s ever been.  I think the recent decade was by far the strongest era for the show.  People love to talk about how it isn’t as good as it used to be, but I think this is just a case of selective memory.  It’s easy to talk about how great the original cast was or how hilarious the early nineties were when you are only remembering your seven or eight favorite sketches.  Go back and watch the full episodes sometime and let me know what you think.

So, a few caveats before we begin.  I have seen a lot of SNL, from every era, but I don’t claim to have seen, or to remember, every single sketch they’ve ever done.  I’m particularly weak in the mid-1980s.  Also, as I’ve said, the last decade has been my favorite, and it might seem like my list is weighted a little too much towards these cast members.  But that’s why I say these are my favorites, and not the best.  Lastly, this is not a complete list, but I tried to include any cast member who had any real impact on my enjoyment of the show over the years, for better or worse.  Apologies to Ellen Cleghorne, Jerry Minor, and Nora Dunn.  I remember all of you, but I don’t have much to say about you.

So, that said, let’s get started.  Here they are, my sixty favorite Saturday Night Live cast members of all time.

Oh, late-90s SNL.  Other than Will Ferrell, it was all so terrible.  I always particularly disliked Molly Shannon.  All of her characters were sort of the same, and she didn’t seem talented so much as loud.

I thought I remembered hearing something about how Victoria Jackson was a crazy person now, and a quick trip to her Wikipedia page revealed that she’s a Tea Partier.  Like a go on Fox News and say Obama is aspiring to be Fidel Castro Tea Partier.  Here’s another illuminating bit of information from Wikipedia: “Raised by devout Christian parents in a home without a television, she was trained in gymnastics by her father from ages 5 to 18.”  Hmm.

Anyway, I don’t remember anything she did being particularly funny, and her high-pitched voice is annoying.  Add that to “crazy” and she winds up at number 59.

END_OF_DOCUMENT_TOKEN_TO_BE_REPLACED 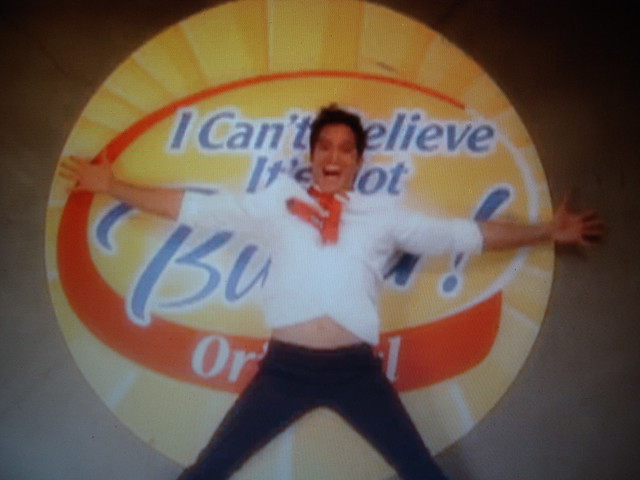 Considering that I watch almost all of my television on either DVD or DVR, it would seem like I shouldn’t have much to complain about in the realm of commercials.  But I’ve been seeing quite a few of them lately, most likely due to all of the live sporting events I’ve been watching (March Madness, MLB Opening Day, etc.).  And I find a lot of them to be irritating, for various reasons.  Below, a few examples.

Both Johanna and I have been annoyed by this Buffalo Wild Wings campaign since it first started airing.  I can’t comment on its effectiveness; it doesn’t seem particularly good or bad at getting its message across.  And while the idea of a bartender pressing a button that sends a message to an undercover agent at a nationally televised sporting event telling him to do whatever it takes to prolong the game for the sake of a few people at one particular Buffalo Wild Wings is, quite obviously, ridiculous, I’m generally willing to suspend disbelief when it comes to advertising.

The real issue here is the motivation of the patrons.  A bunch of people wearing generic “New York” and “Boston” jerseys go to BW3 to share tables with each other and watch the game.  They care enough about their “teams” to dress up and go somewhere special to watch the game.  But when it comes down to it, they all know that it’s not winning that matters, it’s spending quality time with mixed groups of sports fans in a large room surrounded by chicken wings and big televisions.  Send it into overtime!

OK, this one is obvious.  There is absolutely no Taco Bell anywhere on Earth where two young, attractive, and friendly women like Denise and her redheaded friend are taking your order.  I don’t expect complete realism in my commercial casting, but this is just insulting.

END_OF_DOCUMENT_TOKEN_TO_BE_REPLACED 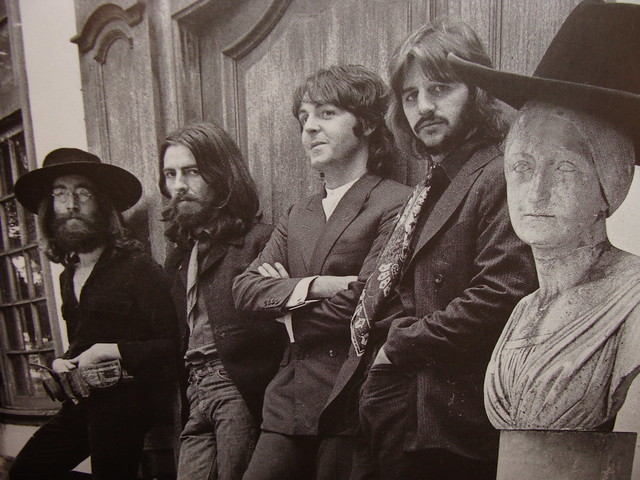 I hesitate to call the Beatles my favorite band.  It feels like a bit of a cop-out, and there are a lot of modern bands that I’m much more passionate about.  But I can’t deny that I love them, and occasionally get obsessed with them, as I did after the release of the remastered CDs and The Beatles: Rock Band last September.  They are sort of the Platonic ideal of the rock and roll group, so they seemed like the most appropriate choice of band for a favorite song list.

In addition to the album and the year of release, I’ve also included the name of the Beatle to whom the song is most often attributed in an attempt to finally figure out who is my favorite Beatle.  As I suspected, it appears to be Paul.  I also suspect that I’ve really shortchanged George, so much so that I think I might give him his own list later on.  Past Masters singles are listed with the year of the single’s release.

For a long time I didn’t really have any interest in the early stuff.  It’s not that I thought it was, bad; it just didn’t sound like the same band to me.  My introduction to the Beatles was my dad’s copy of Abbey Road, and I moved backwards from there.  This early stuff just didn’t resonate.  I’ve come around, though, at least with the standout songs.  This is head and shoulders above the other half of the single, “I Want to Hold Your Hand,” and has a lot more bite than I used to give it credit for.

Update: Actually, I just went back and listened to “I Want to Hold Your Hand,” and while I wouldn’t describe it has having bite, it’s still pretty awesome.

This is from 1965 but sounds like it could be off of Please Please Me.  I first came across a version of this song on the second of the Anthology collections, and have always loved the vocal harmonies.  This seems like a slick, slowed-down version of the song that Rivers Cuomo always used to try to write.  Before he completely lost it.

This is one of Lennon’s least favorite songs that he wrote, which doesn’t surprise me.  He and I have very different opinions about which of his songs are the best.