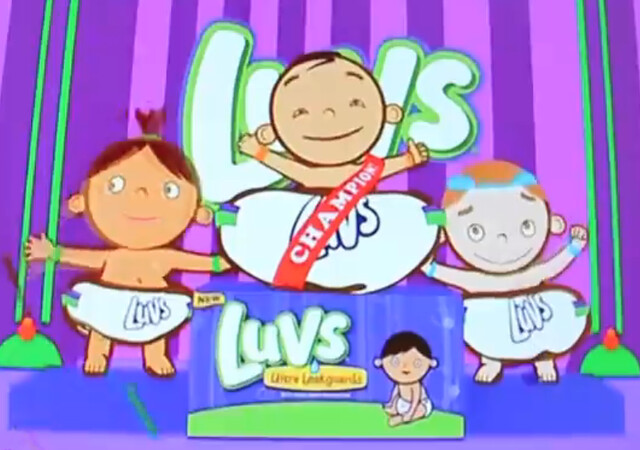 It’s odd how often I end up writing about commercials, because A) No one watches commercials anymore, and B) Just in general, WHO CARES? but I can’t help but find them fascinating.  I think what intrigues me about the medium of television advertising is that often the true effectiveness of a commercial has absolutely no connection to how good it is, or at least how much I personally like it.  Sometimes it seems like an inverse relationship.  It’s the reason I title these posts “Irritating Commercials” and not “Terrible Commercials.”  If I hate a commercial it usually just means that it was directed towards a different demographic.

Of course, knowing all that won’t stop me from complaining about them.

Nope.  No, this should definitely not exist.  Don’t get me wrong, I understand that there are people out there who think this is funny.  Probably a lot of them.  But we should not be encouraging said people.  I mean, seriously, what we have here appears to be a depiction of three babies gleefully and explosively defecating into their diapers.  In some sort of sick contest.  Set to Tag Team’s classic and terrible 1993 novelty rap hit “Whoomp! (There It Is)“.  All depicted in a style of animation that brings to mind, for me at least, 1990s breakfast cereal commercials.  Nope.

I don’t have a kid, so I am definitely not in the target demographic for this ad.  But is this what appeals to you after you have a baby and get totally sleep-deprived and spend all your time watching bright, loud, children’s programming?  I can’t believe that.  I won’t.  I’m sticking with my original thesis that this should not exist.

This one is pretty simple.  I’ve heard horror stories about how much damage hitting a deer can do to one’s car, so I’ll buy that the vehicle in this commercial is pretty much totaled.  You know what I won’t buy?  That a deer can limp away with barely a scratch after being involved in a collision in which a car was totaled.  Nope, that’s not true.  That never happened. 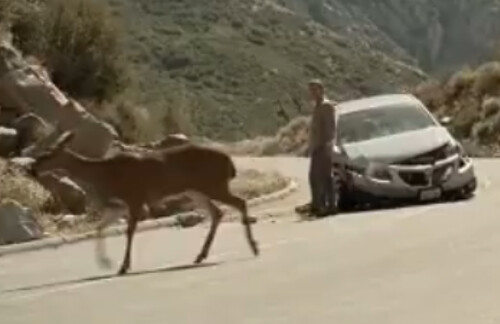 I’ll allow you to fill in the gruesome details in your own mind, but let’s just say that if your car is so damaged that you’re required to magically pull an exact copy of that car out of the trunk to be able to drive away, the furry, four-legged creature that was also involved in the accident will be “totaled” as well.  Unless we’re supposed to think that the deer magically pulled a second deer out of its trunk, too?  I don’t think that’s the case.

Don’t get me wrong, I don’t wish they had shown us a bloody deer carcass in this commercial.  But if you make the (correct) decision to not include roadkill in your commercial, you don’t get to then fabricate some story about a cute, magical deer walking away from a car accident.  Couldn’t they just have had these people run into a tree or something?

Oh GOD there are so many problems here.  Let’s start with the obvious.

Now, I am by no stretch of the imagination a beer snob (I’m even worse, I’m a wine and scotch snob).  I barely drink the stuff anymore, and when I drank it more often, in college, I actually drank mostly Miller Lite and Miller High Life.  I’m not trying to push some Portland microbrewery IPA on you or anything.  But really, honestly, seriously, where does Miller Lite get off claiming they are the beer with “more taste”?  I mean, I get that they are basically only competing with Bud Light, and maybe Miller Lite does have more taste than Bud Light.  I have no idea.  If you have an opinion on this, email me at:

But if there is a difference between these two beers, it’s a marginal one, and I feel sorry for people that would believe that it isn’t.  I think they are both pretty firmly in the “less taste” category.

OK, moving on.  A couple of small things to address.  First of all, by pretty much any real metric, skinny jeans are “kinda in right now.”  I mean, I get that a lot of guys would never wear them, and I agree that this particular gentleman’s jeans are excessively “skinny” and he looks ridiculous.  But to pretend like a slim cut jean is not at all fashionable at the moment is, at best, disingenuous, and at worst, were I to dig a couple more levels deeper on this, maybe sort of homophobic?  Not REALLY, but sort of?  Whatever. 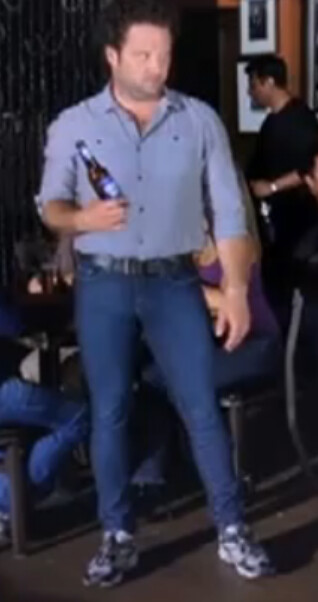 Also, can someone explain this bartender’s attitude?  She has it dialed up to 11, which is probably not the best idea for someone who works for tips.  It’s like her motto is “The customer is always SCREW YOU, ASSHOLE.”

And then when he COMICALLY WADDLES (HAHAHAHA) back to his table he asks, “The score still 21-32?”, and to me that sounds wrong.  I’m pretty sure most people would put the higher score first there, as in, “The score still 32-21?”  But then they wouldn’t have been able to make a not very funny joke about his jeans being size 21-32.  Thank heavens we didn’t miss out on that.

All this is made worse by the fact this this is an ad CAMPAIGN.  As in lots of commercials with the same hackneyed theme.  Like this one:

So, this one has all the problems of the last, but throws in a four-year-old Borat joke.  Or maybe it’s a twenty-four-year-old SNL “Wild and Crazy Guys” joke?  Either way, groan.

And what the hell is this one?

It’s like they wanted to make fun of guys who try to act like it’s OK to wear kilts around, and then when they went to film it somebody on set was like, “You know what would make this ten times funnier?  If, instead of a kilt, the guy was actually just wearing a real skirt!” and no one said, “No, that actually makes what was already a very weak joke even worse, in that it makes it no longer a joke.” 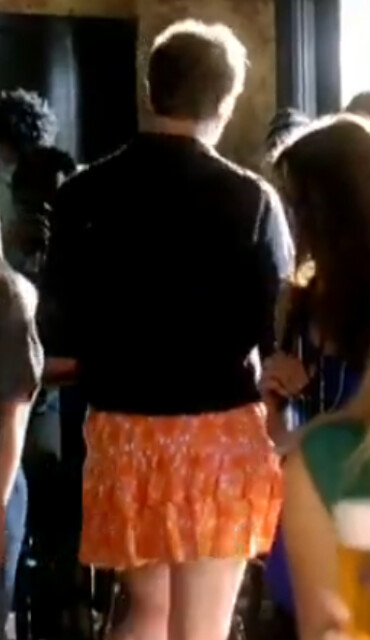 And finally, we have this oddity: 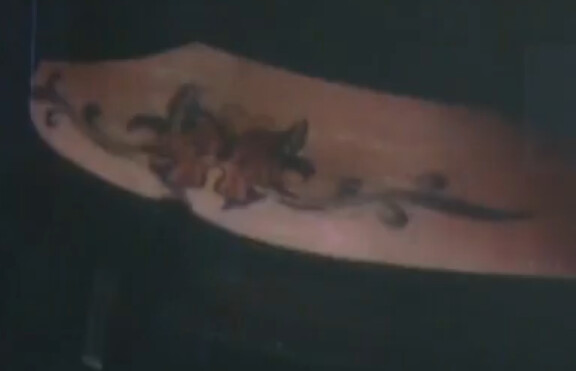 That’s only four from this sad, empty campaign.  There are like ten of them.  And the other ones are even worse. 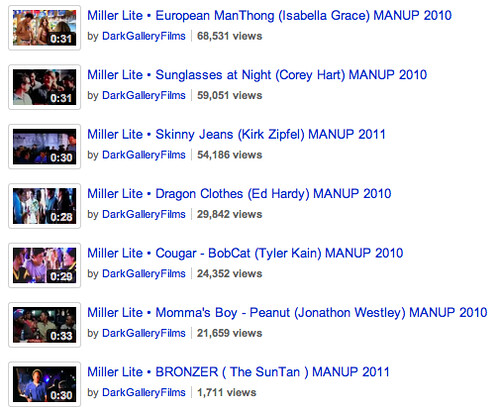 Speaking of hackneyed, I should say that I do realize making fun of beer commercials is nothing new.  I don’t claim to be breaking any ground here.  And I’m guessing these ads are wildly successful.  But wow.  These commercials make me sad in the same way that, like, Birthers make me sad.  Come on, America!  We can do better!  We have to!  Clear eyes, full hearts, can’t lose!