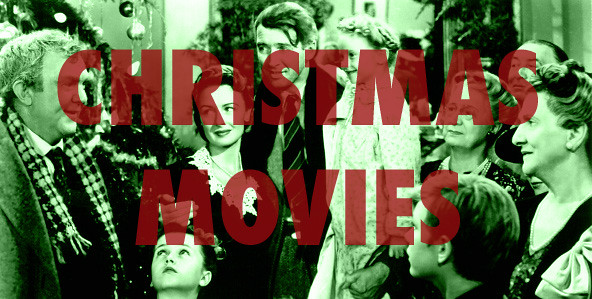 I was going to start this entry by saying, “I’m a big fan of Christmas,” but that’s ridiculous.  Everyone is a big fan of Christmas!  If you don’t have a religious or cultural reason to not like Christmas and you still don’t like it, get over yourself.  Actually, even if you have a religious or cultural reason, you should probably get over yourself, at least a little bit.

I didn’t include any made-for-TV movies here, so there’s no Grinch or Charlie Brown.  I wanted to include a Harry Potter movie, because a lot of those have really nice Christmas moments, but those aren’t really Christmas movies, obviously.  I also wanted to include Jingle All The Way, not because it’s a good movie, but because Johanna and I watched it one time and at one point Sinbad runs into a person dressed as a Christmas present in a parade and yells “Get outta my way, box!” and we literally still say that to each other, like, on the reg.

As always, the standard disclaimer: these are my favorites, not necessarily the best.

I’m pretty sure this movie featured the most purposefully misleading advertising campaign for a movie ever.  Look at this poster: 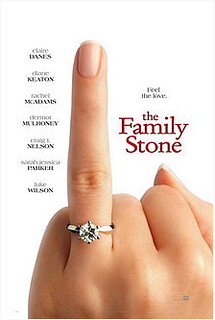 Lighthearted, slapstick family comedy, right?  This was the perfect movie to go see on Christmas Day with my mother, who was undergoing treatment for breast cancer at the time.  I mean, if a major part of the movie was that the matriarch of the family has breast cancer that has metastasized and she’s probably going to die, that would have been alluded to in at least one of the trailers, surely.

Nope.  By the end of the film I was barely keeping it together and my mom was a mess.  Despite this, or maybe because of it, we both loved it.  I have not watched it since, because every time I mention it Johanna gets really worried that I’m going to get bummed out.  Lighten up, Johanna!

Let’s move on from Sarah Jessica Parker to Hugh Grant.  This list is turning out to be sort of embarrassing for me.

Here’s another movie that I suspect I like mostly based on the circumstances surrounding the first time I saw it.  At the time I was studying abroad in London, and I was a bit lonely.  My then-girlfriend and now-wife came to visit, and we went to see this together.  Obviously, it struck a chord, particularly the Heathrow arrival shtick.

Also, you’re lying if you don’t think Hugh Grant is charming.  It’s not a coincidence that the only two romantic comedies that I actually enjoy are this and About a Boy.

Who is the genius at TBS that came up with the idea of playing this movie for 24 hours in a row on Christmas Eve and Christmas Day?  My family used to just put it on in the background because we were too busy to really be paying attention to anything, and over the course of four or five viewings we had pieced together the entire movie.

Somehow my wife hadn’t seen it until we watched it together a couple of years ago.  Can you believe that her family didn’t sit around with the television on all day long on Christmas?  What did they look at?

I saw this on Christmas Day in 1990, and I try to watch it again every year.  It is genuinely funny and absolutely holds up.  You will not talk me out of being a huge fan of the entire Culkin family.

OH MY GOD this movie makes me laugh so much every single time.  SEVEN WORDS: “Buddy the Elf, what’s your favorite color?”

This honestly might be my favorite Will Ferrell movie.  Let me go check his IMDB.

OK, I think this is a close second after Step Brothers.  A very close second.  This is a great movie.  It also launched my crush on Zooey Deschanel, I think.  Let me go check her IMDB.

OK, so I knew her from Almost Famous and I didn’t REALLY love her until The Hitchhiker’s Guide to the Galaxy, but this is where the ball really got rolling with me and Zooey RE: crush.

It seems like Ferrell only plays belligerent jerks now.  I would really love to see him go back and play another naïve childlike character.  I mean, those are pretty much the only two types of characters he does, and we’ve been in belligerent jerk mode for a while now.  I’ll take that one step further: I want to see him play THIS naïve childlike character again.  Elf 2!  Why hasn’t this happened?