The New York Times proves once again that it only pretends to like sports: 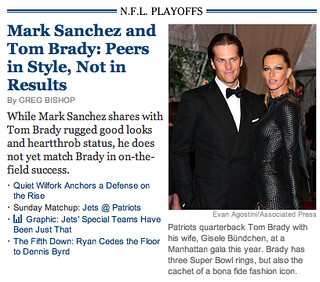 Because on game day what we all really want to read is an analysis of the opposing quarterbacks’ personal styles.  At least the Jets vs. Patriots preview coverage features players that are currently alive.  For the Chicago Bears they’re transporting us all the way back to the Great Depression. 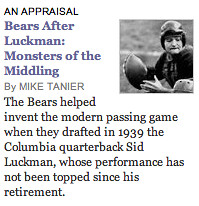 I suspect that they run stories like this because they still regret their adoption of color photography back in 1997.

Someone should tell the editors that when you’re talking football you need to tap into fans’ deep-rooted anger, aggression, and bloodlust.  The New York Post gets it.

Columnist Steve Serby considers anything short of the literal decapitation of the opposing team’s coach and quarterback to be a failure, regardless of the score.

At the very least, The New York Times needs to employ more pun headlines.  ESPN has at least twelve people on their pun-writing staff at all times.  Look at the gem they came up with today: 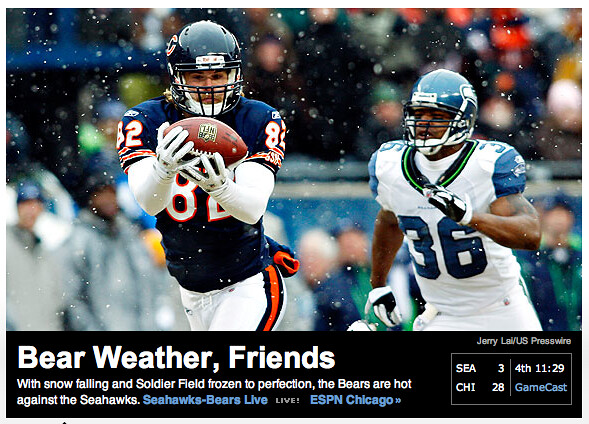 I think they might also need to hire a pun ombudsman; that headline can’t possibly be considered up to their standards of journalistic integrity.  It took me a full minute to even realize that it was a play on “fair-weather friends.”

New York Times, I love you, but you’re doing it wrong.