With the death of J.D. Salinger, speculation about The Catcher in the Rye being adapted as a movie is inevitable.  So that got me thinking about movie adaptations that I would be excited about, but secretly dread because of the probability that they would be bad.

That led to a list of ten possible adaptations that will never live up to the hype I would assign them in my brain.  That, in turn, led to another list, this time of ten movie adaptations that have already been made, and are already disappointing.  But I didn’t want to be completely negative, so I’ll finish with a list of ten movie adaptations that, in my opinion, really knocked it out of the park, and in some cases, surpassed whatever they were based on.  I’m sure I’m forgetting some here; let me know if there is anything too obvious.  Also, for the most part, I tried to include only examples where I’m familiar with both the movie and the source material (exceptions are noted).

Movie adaptations by which I will inevitably, someday, be disappointed:

10) A Confederacy of Dunces

Apparently Harold Ramis tried to turn this into a movie back in 1982, with John Belushi in the lead role, but then Belushi died.  That might have actually been pretty good.  Ignatius Reilly is such a weird, delightful character that I can’t really imagine anyone pulling him off.  The most recent talk has been about Will Ferrell donning a fat suit to play him.  Eh. 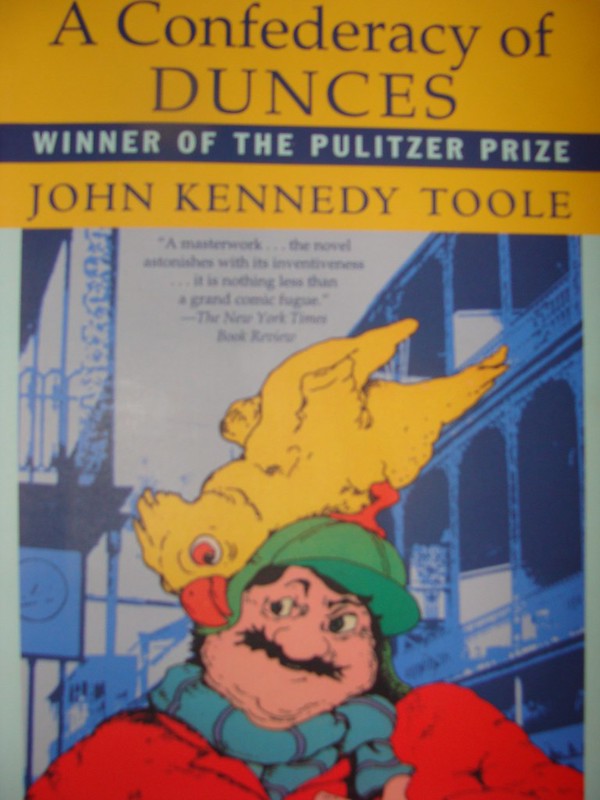 As far as I know no one is planning to turn this into a movie, but it just seems like the kind of thing that someone might try.  For some reason, I picture John C. McGinley, the guy that plays Dr. Cox on Scrubs, getting cast as Tom Mota.  And I am aghast at that possibility.

Again, no concrete plans in place.  But I guarantee there will be a movie at some point. Disney is already talking about the future of Lost as a brand. But what would the movie be?  I’m guessing the television finale will give us a pretty definitive ending to the current set of characters’ story.  And I can’t imagine a prequel would be all that interesting.  So, what happens?  A new plane crashes on the island? 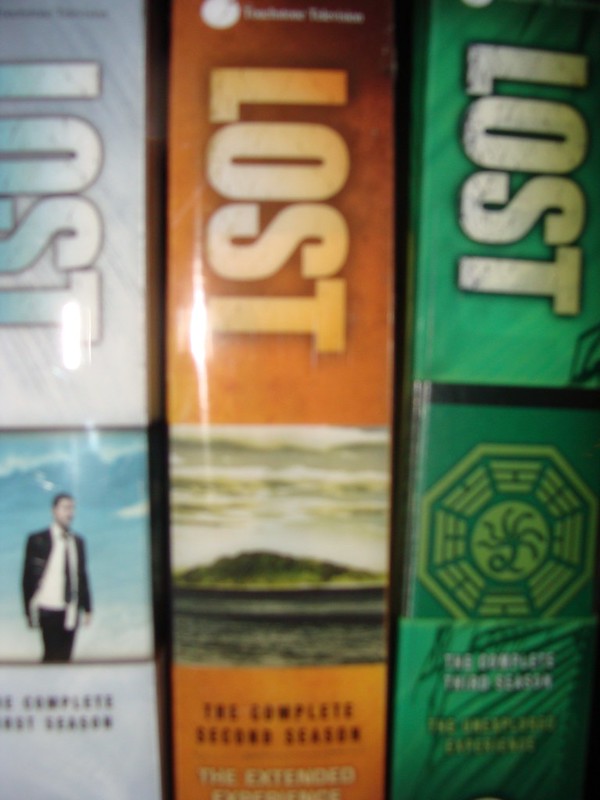 7) The Devil In The White City

There is talk online that David Fincher might be interested in this.  That could be great, I suppose.  But this just seems like too much book for an adaptation.

The guy that directed Run Lola Run is working on this.  That seems like a weird combination.  It could have been worse, though; this seems like a match made in heaven for Harpo Productions once Oprah stops doing her show.

This one has been in development for a while; let’s hope that means it never comes about.  I cannot see Robert Redford as Bill Bryson.  And Paul Newman, prior to his death, was supposed to play Stephen Katz, which is just ridiculous. 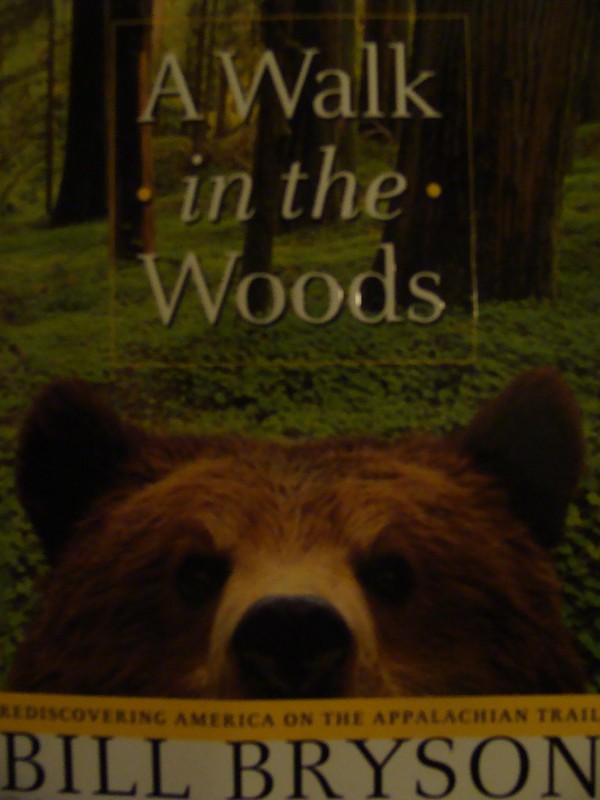 4) Catcher in the Rye

Depending on who wins the inevitable legal battle over this (I’m looking forward to the TMZ paparazzi up in New Hampshire), it might be a while before this gets made.  But it will, eventually.  No seventeen-year-old actor is going to pull off Holden Caulfield.  The real problem here, though, is that the movie would have to live up not just to the book, but also to everyone’s inflated sense of the book’s greatness.  It’s never a good idea to make a movie out of a book that everyone learns to love when they’re fifteen. 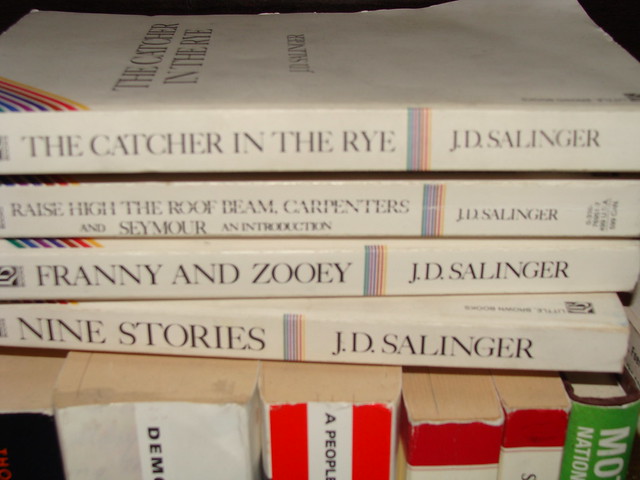 Don’t get me wrong, I’m dying to see this get made.  But wouldn’t it be best to just leave this show in the past?  Aren’t all of our scars about its cancellation just now healing?  This show had some pretty good closure; we’re not talking about Deadwood, here.  Plus, it’s a very risky endeavor to try to stretch a twenty-two minute sitcom into a feature-length film.

Talk about making this into a movie has been floating around since I was in middle school.  Johanna specifically remembers a rumor sometime in high school that the kid who played young Anakin in the Star Wars prequels was going to be cast as Ender Wiggin.  I guess I should be happy that never happened.  In reality, this could be an awesome movie, if the right people were involved.  There’s nothing inherently unfilmable about it.  But it seems cursed at this point. 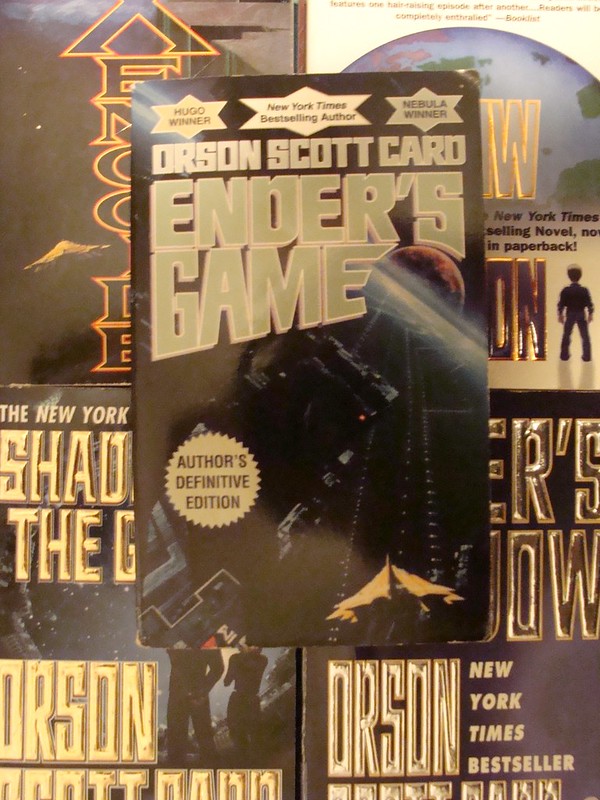 I love this comic book.  But there is too much material here for ten movies, let alone one.  I would hate to see multiple storylines, twelve or fifteen issues worth, get crammed into one movie.  At one point this was in development as an HBO series; they were going to do one issue per episode.  I was very excited.  Alas, HBO changed executives, and it got scrapped.  There have been several versions of this in development, the most notable being a Kevin Smith-helmed movie with James Marsden as Jesse Custer.  Boy, would that have sucked. 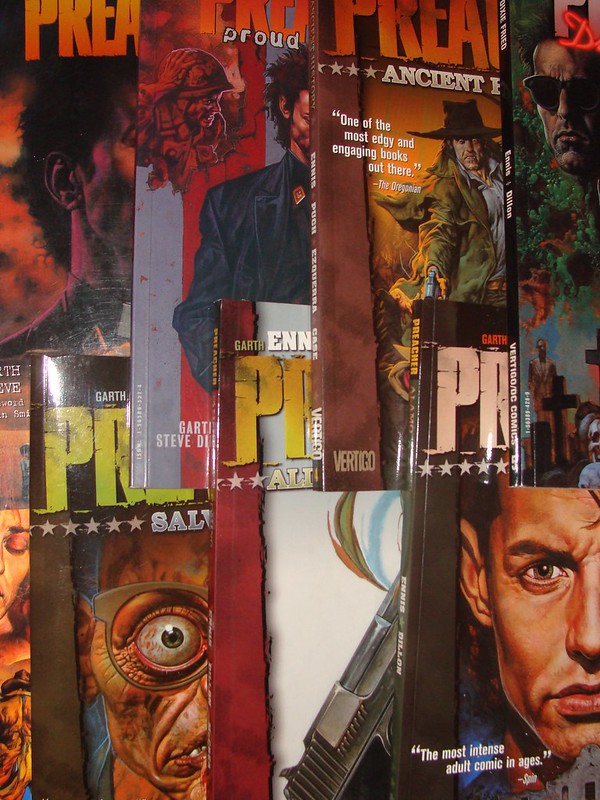 Movie adaptations by which I’ve already been disappointed:

I hated this book, so imagine my surprise when the movie was even worse.  Thandie Newton is a disaster in this.

9) The Indian in the Cupboard

I was too old for this movie when it came out, but I gave it a chance because I absolutely loved the books.  Even as a kid I could tell this movie seemed cheap, which is surprising considering it had a budget of $45,000,000.  Frank Oz is a scam artist of a director.  Dirty Rotten Scoundrels was pretty good, I guess, and I liked Death at a Funeral, but he’s also responsible for In & Out, Bowfinger, and The Stepford Wives.  OK, I guess he also directed What About Bob? And he was Yoda.  I guess I’ll let him off the hook.

It certainly could have been worse.  The movie (more specifically, Eugene Hutz) actually nailed the one part of the book that I would have predicted would get completely screwed up, the character of Alex Perchov.  But everything else was pretty bad.  Come on, Elijah Wood?

I’ve never read the book, or the blog.  Johanna has, though, and she says this is a disappointment.  Having seen the movie, I’m guessing she’s right.  She says it didn’t capture any of the wit and charm of the book, especially when it came to the character of Julie.  That half of the movie was totally boring, so I agree.

OK, so I haven’t seen this movie.  But I’m right, right?  It doesn’t look terrible, but there’s no way it lives up to the book.  I mean, Viggo Mortensen?

When I think of this movie, the description that comes to mind is “boring and glacial-paced.”  Say what you will about this book, but that is not how I would describe it.

Yeah, this movie has some laughs in it.  And I hate to be a crotchety Simpsons-basher.  But anyone who thinks this was a return to form for The Simpsons needs to go back and watch a few episodes from seasons five, six, or seven.  This is a completely different product.

3) Midnight in the Garden of Good and Evil

How is it possible that Clint Eastwood cut the soul (and half of the characters) out of this story, yet the movie still wound up being a slow two hours and thirty five minutes?

A charming John Irving novel gets shat upon by the writer and director of Ghost Rider (the same guy, by the way, who was writing the Preacher show for HBO, so I guess it’s probably a good thing that it didn’t happen).  There’s a reason that this isn’t called A Prayer for Owen Meany; Irving didn’t like it, either.

Somehow a book about my favorite soccer club got turned into a movie about my favorite baseball team losing to the Red Sox in the World Series.  And Drew Barrymore is as annoying as ever.  I will say, however, that I think this movie introduces sports as a way to keep male viewers interested more successfully than any other romantic comedy, including the totally overrated Jerry Maguire.

I know that everybody says Roald Dahl wasn’t happy with it.  But, whatever; Gene Wilder is great, and “Pure Imagination” is an awesome song.  This is a classic.

9) A River Runs Through It

This is obviously not the best movie ever made.  But it does a great job of fulfilling the spirit of the book.  And the author, Norman Maclean, was a University of Chicago guy, so I’ve always had a soft spot for it.

All right, another cheat, in that I haven’t read the source material.  But I’ve read quite a bit of Stephen King stuff, and there’s no way the novella is better than the movie.  I’ve watched this on TNT a dozen times.

Of all the “acclaimed” graphic novels, V for Vendetta is the most overrated.  It’s sort of boring, and it’s not nearly as smart as Alan Moore probably thinks it is.  But both Johanna and I really liked this movie.

6) The Lord of the Rings

I summed this up in my list of movies of the decade.  Basically, I didn’t like the books, which I thought were sort of ponderous, and then the movies were tons of fun.  So it makes the list by default.

5) The Hitchhiker’s Guide to the Galaxy

This movie wasn’t super-well-received, but I love it.  It features the irresistible combination of Tim from The Office, Mos Def, and one of my biggest celebrity crushes, Zooey Deschanel.  I might possibly have even drunkenly sent an email to Martin Freeman’s website about how much I loved this movie.  Needless to say, he did not respond.

4) No Country For Old Men

Again, I went over this in my movie list, but I think the movie actually surpasses the book because of the desert vista visuals.

I’ll put it this way: I saw this movie in the theater seven times.  I only read the book once.

In my opinion, pretty much every one of the movies does a masterful job of capturing the spirit of the books, which is impressive considering their length.  The right things get cut out.  The decision to split the final movie into two movies was a great one.  Also, the casting was great, especially considering the movies’ success hinges on a bunch of child actors and how they grow up.

Frankly, the book was a kind of a disappointment.  Sort of a standard sci-fi novel.  And my movie list makes it clear how I feel about the film.