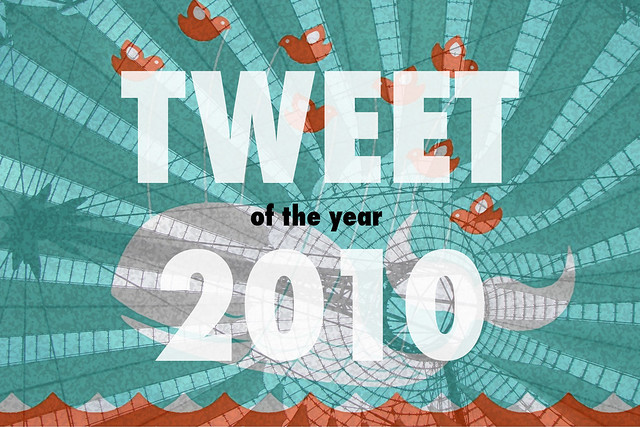 So, I’m finishing up some year-end lists that I’ll be posting over the next few days of my favorite albums, books, movies, etc., but I thought it would be fun to kick things off with what I’ve decided is the Tweet of the year for 2010.  This is mostly tongue-in-cheek, of course, but I still think it is pretty evocative of my 2010, particularly the summer.

This showed up in my feed having been retweeted by someone else, I don’t remember whom, and I don’t even know whom edsbs is.  But this little time capsule manages to combine Twitter, the World Cup, and Inception.  Well done, sir or madam.  Let’s have a strong finish to 2010 and a fun start to 2011, everybody