So, the nominations for Time magazine’s Person of the Year are out.  When did they start releasing nominations prior to the announcement of their choice?  This seems like a bad idea.  I know that, ultimately, the magazine’s editors are still deciding who gets the title, but why even let people pseudo-vote on this?  Why even allow for the possibility of the public influencing editorial decision-making?

Besides, we all know how this is going to go.  Stephen Colbert proved long ago the futility of asking the Internet’s opinion about anything.  If Time had shown me the list of nominees beforehand I could have told them who would end up dominating in the Facebook “Like” race.  Isn’t that right, Little Monsters?

Don’t get me wrong, I’m not naive; I realize Time is just doing this to drive page views, and obviously it’s working.  I just clicked through all twenty-something pages of the gallery.  Congratulations, Time!  That doesn’t stop me from being annoyed by the whole thing, though.

Also annoying to me, and likely to Time as well, is how people constantly misunderstand what this even means.  It’s not a commendation; it’s supposed to go to the biggest newsmaker or the person with the most influence, positive or negative, in that calendar year.  No, LeBron, this isn’t some sort of global MVP award, you don’t need to be falsely humbled to be included along with the Chilean Miners. 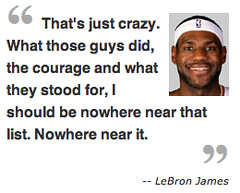 Someone should tell him that one of his fellow nominees is Tony Hayward.

(As an aside, who are the six people that liked Tony Hayward’s nomination on Facebook?  What would possess one to do that?  It has to be hipsters “liking” it ironically, right?  “Liking” Tony Hayward on Facebook is the digital equivalent of wearing an old Bryant Reeves Grizzlies jersey to a Wavves concert.)

Granted, Time has sometimes added to the confusion about what being named Person of the Year means, as they did with their ridiculous choice of Rudy Giuliani in 2001 when the obvious pick was Osama bin Laden.  Way to show your journalistic fortitude, Time. 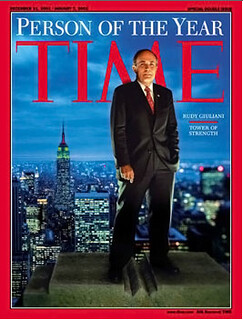 We were all pretty raw in late-2001, though, so I can’t really blame them.  For the most part, they’ve done a pretty good job of making the tough choices.  Look at this screengrab from Wikipedia of the selections from 1937-39.

Yikes.  That’s a nice wake up call to those of us who get stressed out about things like the Tea Party.

Speaking of the Tea Party, I think Glenn Beck is a pretty obvious choice this year.

I mean, I suppose it might be a little domestically biased as a choice.  I feel guilty for not even knowing who some of the foreign nominees are.  Also, I really hate to give Beck any more press.  If you think his followers would take this as anything other than an honor and a confirmation of their beliefs, you’re more delusional than they are.  But, I must admit, he’s had quite the year.

Or maybe we should just give it to Zuckerberg.

I mean, the whole point of including all of the screengrabs I took from the Time site was to show how many people had clicked on the little Facebook “Like” buttons for each nominee.  That seems…important, right?  Or something?  Plus, The Social Network was awesome.

Whomever they end up choosing, I just hope it’s an individual and not some vague collective.  Time‘s proclivity for vaguely defined groups as Person of the Year actually dates back to the selection of “The American Fighting-Man” in 1950, but it really got out of hand during the mid-Aughts.  Starting in 2002, Time chose a group in four out of five years (2002 – The Whistleblowers, 2003 – The American Soldier, 2005 – The Good Samaritans, 2006 – You). 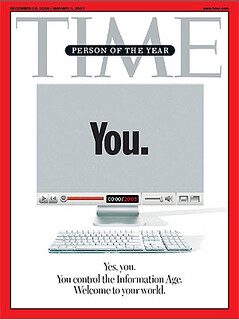 My issue with choosing a group is not that it tends to be sort of stupid and lowest-common-denominator, but rather that it diminishes the importance of the title.  You’re always going to be able to find a group of people who are more important that any one person.  The point is to decide which individual man or woman had the biggest impact on the world this year.  I realize that the decision can be difficult, Time, but no one is making you do this.  It’s your feature, and likely your biggest-selling issue of the year.  Man up.

Luckily the backlash that followed the infamous choice of “You” in 2006 seems to have had an impact.  Only one vaguely-defined group was included among this year’s nominees (the ridiculously pandering “Unemployed American”).

Regardless of how harsh it might seem like I’m being, I obviously care, and that says a lot, Time.  Your circulation is down, but you’re still relevant.  Whomever you choose, I’m glad to still have you around.  Unless it’s Lady Gaga, in which case I’m canceling my subscription.  Oh wait, I already did, in, like, 2006.