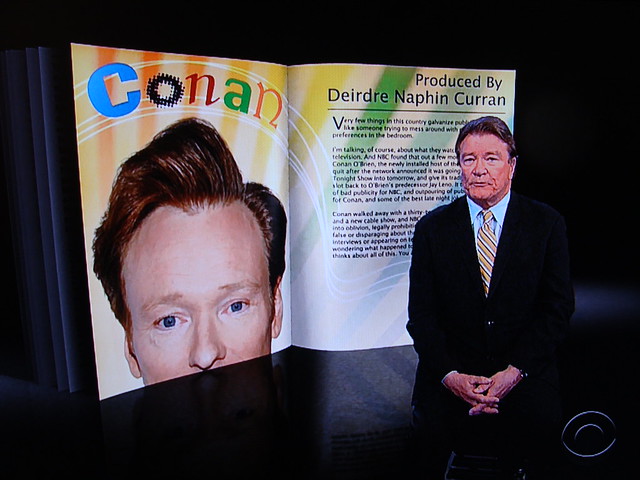 So, as you might have heard, Conan O’Brien was on 60 Minutes .  The whole thing is available on YouTube, I think.

Let me start by saying that it’s always weird to see Conan O’Brien being a normal human being.  He can be hard to take seriously, and during the interview he slips into his “character” occasionally, which leads me to believe that he might have a little bit of trouble taking himself seriously, too. 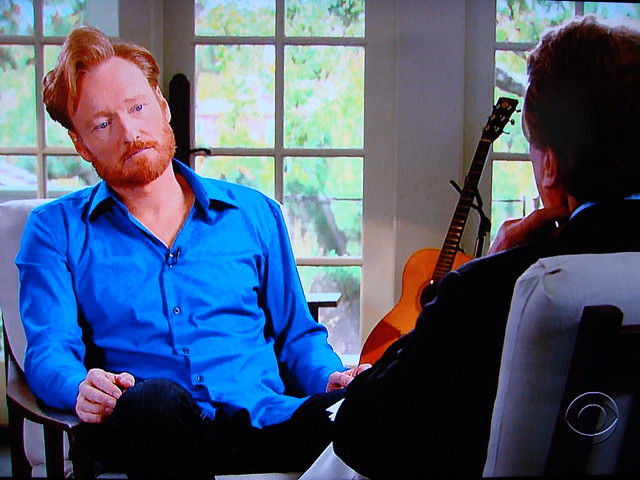 This wasn’t the most revealing interview.  I actively avoided all of the pre-show press about it, because I knew that would make actually watching it sort of redundant, but I still didn’t really feel like I learned anything new.  That’s what happens when someone is legally prohibited from badmouthing his former employer/colleagues, I guess.  I did learn that Jeff Zucker went to Harvard, too, and he and Conan actually knew each other.  That’s sort of weird.  Wikipedia even claims that Zucker was president of The Harvard Crimson at the same time that O’Brien was president of the Harvard Lampoon. 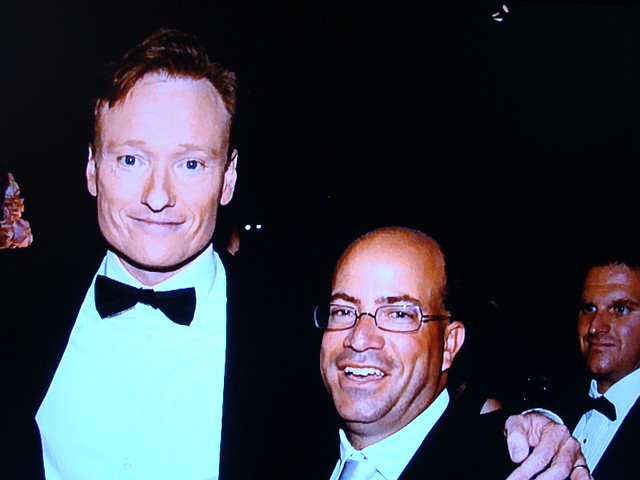 I also learned a few interesting things on the internet today prior to watching the program.  For instance, there was a somewhat underreported bit from Letterman’s appearance on Live with Regis and Kelly, where he reveals that the initial idea for the famous Super Bowl ad was to get Leno and Conan, but Conan balked, so Dave made a call to Oprah instead.

Also, I knew that Max Weinberg wasn’t yet signed on for the new show, but I completely missed all the gossip about how he was disliked by Conan’s staffers, and more shockingly, how he had (possibly) approached Leno to take over for the departing Kevin Eubanks on Leno’s Tonight Show.  This story has been called into question, and who really knows what happened, but I’m still going to say it: WTF, Max?  Sending interns to do your gardening?

My favorite take on the 60 Minutes appearance, I think, was from Mindy Kaling, on Twitter: 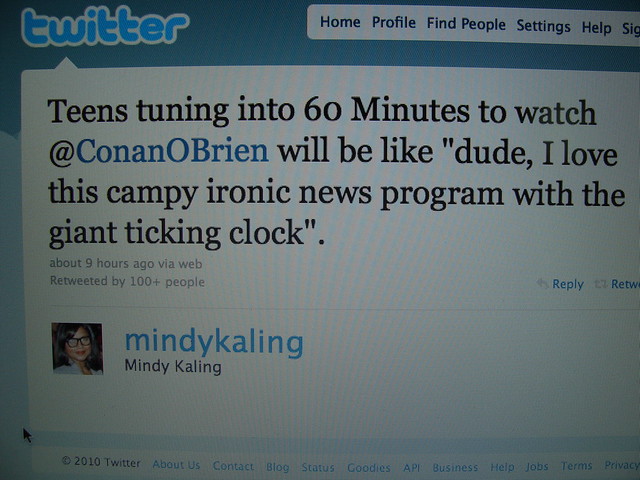 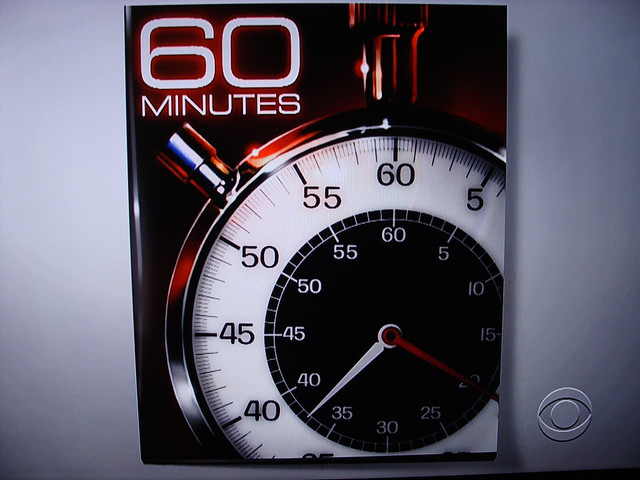 The most striking aspect of the interview was how raw O’Brien still seems.  It’s been over three months, and he’s moved on, career-wise, but it’s obviously still killing him that he had his show taken away from him.  These guys take The Tonight Show too seriously, I think.  I was reminded of The Late Shift, and I couldn’t help but wonder if Conan had given Letterman a call just like Letterman calling Carson back in 1993.

Anyway, the whole thing just felt like a way for Conan to keep his presence out there while he counts down the days until his TBS show.  Good for him.  Obviously, I’m hoping the new show is a huge success.  And actually, while I was initially baffled by the news, the more I read about it, the more I’m convinced that it was a smart move.  Cable is the place to be.

One last thing: Did anyone else notice how Steve Croft was holding his pen in a way that left a huge blue ink mark on his hand? 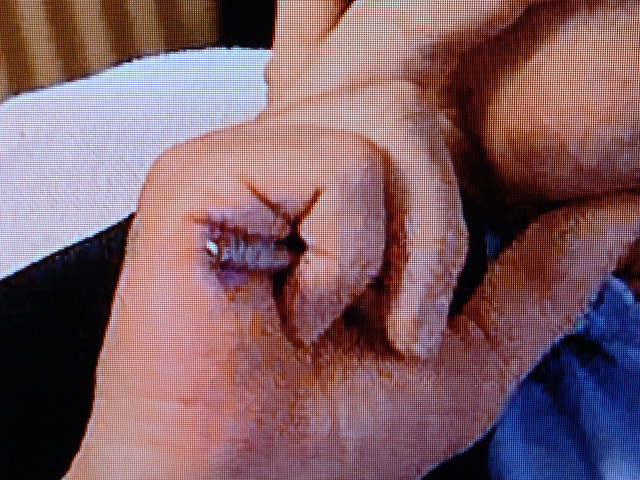 One more last thing: can you believe I didn’t even have to specially set this up on the DVR?  I actually already record 60 Minutes every week.  I am an old person.