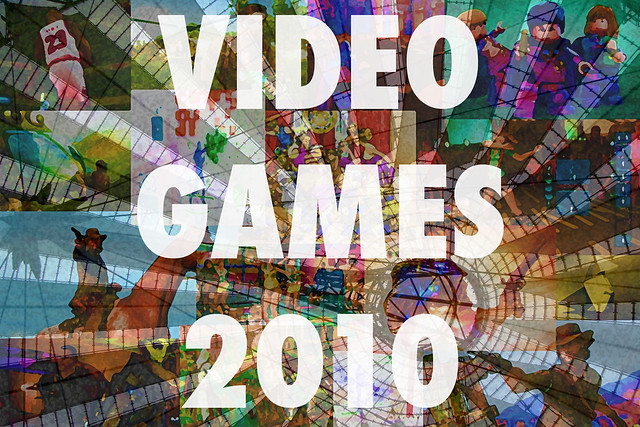 What a great year for video games!  The top two here are up there with my favorite games of all-time, and there isn’t really any filler in the rest of the list.  The best part about the games this year has been the diversity.  I’ve complained in the past (notably in my list of my favorite games of the last decade) about video game developers’ seeming inability to expand beyond the typical sci-fi/fantasy/crime/WWII genres, but this list bounces from modern-day Seattle to Hogwarts, from Renaissance Italy to the Old West.

As always, this is not a list of the best video games of the year, it is a list of my favorites.  I don’t play everything that comes out, obviously.  I don’t play a ton of sports games, and I play barely any first-person shooters, which explains the absence of both Call of Duty: Black Ops and Halo: Reach.  I love third-person open-world games, as evidenced by my top five here.   So read this list through that filter.  Let’s get started! 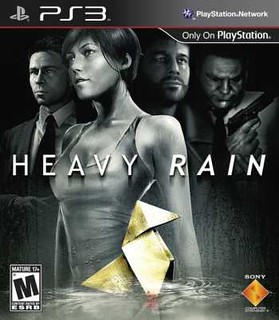 Sometimes I don’t finish a game because I lose interest.  Sometimes I don’t finish a game because the last boss or battle or mission or whatever is frustratingly hard and I give up.  And then sometimes I don’t finish because I try to download a mandatory PS3 firmware update and Sony bricks my machine and I lose my save data when I send my system in to them for repairs.  That’s what happened with Heavy Rain.  This is a game that takes a lot of time to really get going, and the control system (and the mundane tasks it controls, like brushing your character’s teeth) can be a bit boring.  But I do want to know how it ends, so I’ll likely return to it sometime in the near future.  That’s enough to earn it a spot in my top ten, I suppose.

I originally picked it up because I’d read that women were enjoying it more than the average video game, both because of the more intuitive controls and the more “grown-up” subject matter.  Knowing her love of mystery novels, I thought Johanna might want to give it a try.  I just played the above trailer on my computer and, hearing it, she asked what it was.  When I told her it was Heavy Rain she said, “Here I was thinking it was a movie I might want to see.”  Maybe she should give it a shot.

END_OF_DOCUMENT_TOKEN_TO_BE_REPLACED

And I’m sure it will be really, really fun.  I’m excited to see all the different ways game designers use the technology.  But the other day I was showing some of these videos to my wife, and I could tell we were both thinking the exact same thing.  In addition to being really, really fun, this is going to really, really embarrassing.